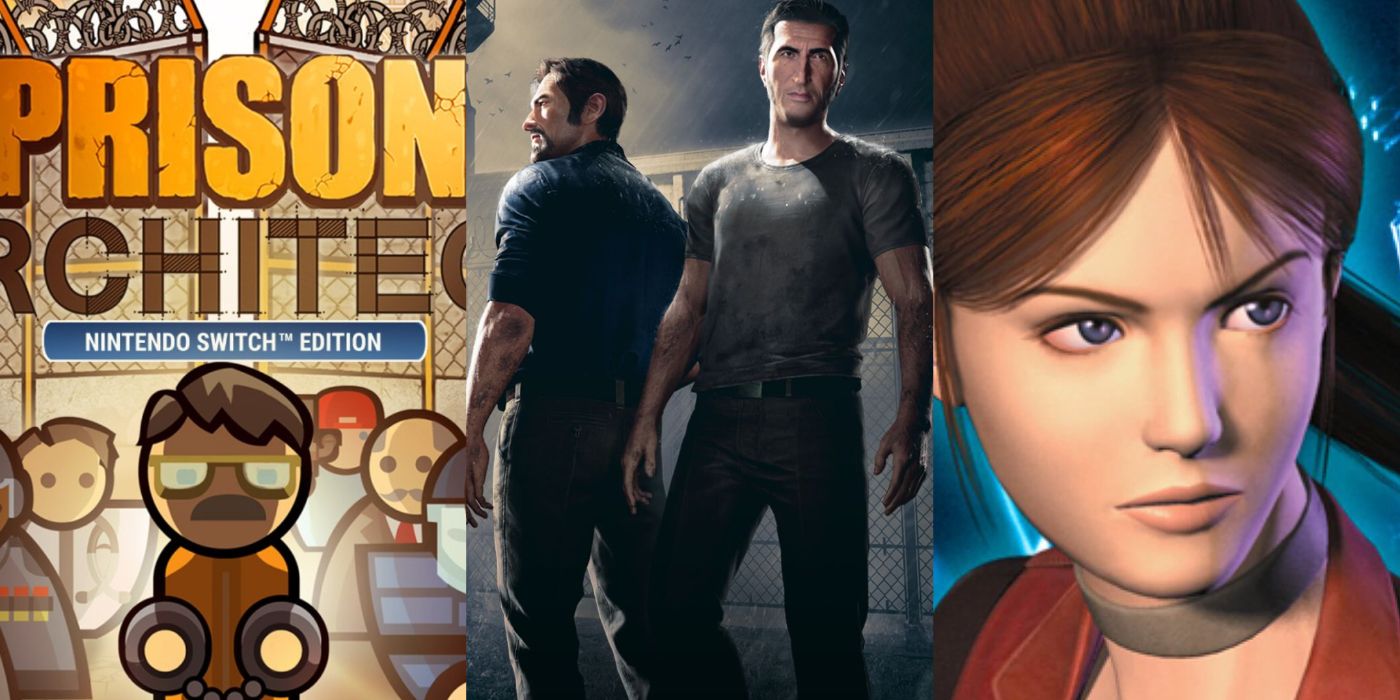 With the prison break title A Way Out continuing to be popular several years after its release, it is evident that the game tapped into something players had always wanted from a co-op. Though it was a fresh and original take on the setting, it was far from the first great game to find itself trapped behind bars.

Whether it was legendary comic book beat-em-ups like Batman: Arkham Asylum or simulation games like Prison Tycoon, the worlds of incarceration and video gaming have crossed paths quite frequently. Though the big house has been a worthy gaming setting, only the best had players returning again and again.

Unlike most simulation games that dealt with fun topics like roller coasters or zoos, Prison Tycoon brought the world of for-profit prison management to the gamer’s fingertips. The player is tasked with building up their small facility into a full-blown mega-prison by upgrading and designing the perfect big house.

The game wasn’t the most well-received title, and a large portion of the backlash came from the content itself. While it is a rather dark concept, it did rival other simulation titles in its complexity and level of detail. Prison Tycoon isn’t for everyone, but it is a great game for the more detail-oriented simulation fans who enjoy a more thorough experience.

Unlike its predecessor, the game features a wide variety of different facilities to escape from, and the multiplayer mode adds another layer of challenge to the basic gameplay. While the graphics and gameplay are rather simple, the beauty of The Escapists 2 is that it has extremely high replay value, and players will never want to stop escaping.

Many games have attempted to perfect the classic prison break formula, but it wasn’t until the release of A Way Out that gamers have truly gotten the best experience. The co-op title sees two players assume the role of prisoners who are tasked with escaping together and going on the lam from the authorities.

Generally considered one of the best couch co-op titles of all time, A Way Out wouldn’t have been possible in any previous generation of gaming history. Though the players are intricately linked together, their experiences can be vastly different which requires a high amount of cooperation between partners. Unlike most strategy games which lose their edge once they are mastered, A Way Out‘s sheer variety keeps things fresh.

Prison is a scary place to be, and The Suffering truly put the appropriate amount of scares into the gaming experience. The player assumes the role of a death row inmate who finds himself at the center of a living nightmare when an earthquake unleashes sinister forces on the prison.

Unlike survival horror games which rely on stealth and strategy, The Suffering is one of the best combat-heavy horror games and has a host of engaging fighting mechanics. The game brilliantly transforms its sterile prison setting into a frightening hellscape, and the enemies can range from demented inmates to undead horrors.

Handling its prison simulation themes with a bit more cheek than its predecessors did, Prison Architect is able to distance itself from the problematic elements of games like Prison Tycoon. The user is hired to design and manage a for-profit prison and must make decisions regarding prisoner happiness and other such goals.

Reducing prisoner recidivism is a possible goal, and there are a host of additional challenges to achieve that other games didn’t have. Interestingly, the game features a mode that challenges the user to escape from the prison that they designed.

With an evocative and vague title like Abuse, gamers didn’t know what to expect from the run-and-gun classic, but the experience was unlike anything that a prison-set game had ever delivered before. Wrongfully imprisoned in a futuristic facility conducting illegal medical experiments, a man must escape before he is caught up in a prison break.

The Contra-style game was fast-paced and violent and took quite a bit of inspiration from artist H.R. Giger. Besides the typical platforming and shooting, the game also required a bit of puzzle solving which added additional challenges between hordes of mutated enemies.

The Chronicles Of Riddick: Escape From Butcher Bay (2004)

Bursting on the scene as a rare movie tie-in game that was actually good, The Chronicles of Riddick: Escape From Butcher Bay further fleshed out the mysterious anti-hero. Set years before the events of Pitch Black, the game casts the user as Riddick as he attempts to escape from a maximum security prison.

The game is played in a first-person view but offers very little in terms of information regarding health or stealth status. The player must rely on their stealth skills as they make their way through the prison dispatching enemies and upgrading the weapons they are authorized to use. While the game is extremely challenging, it is quite rewarding when it is properly mastered.

Video games of the early-’80s are often scoffed at for their quaint simplicity, but the PC game The Prisoner was one of the most progressive games made in any generation. Based loosely on the TV show of the same name, the player is cast as the Prisoner who is given a secret code that they must never reveal as they attempt to escape their own private prison.

Using its limited technology to the absolute fullest, the game played with the user’s mind and actually broke the fourth wall. Never knowing what is real and what is a trick, the player must be weary of nearly every aspect of the game for fear of accidentally giving up their secrets.

The Arkham series of games is one of the most lauded beat-em-up franchises of all time, and the Caped Crusader’s adventures are perfect fodder for a video game. Arkham Asylum sees Batman take on the Joker as the clown prince of crime infiltrates the notorious asylum in order to wreak havoc on Gotham.

Trapped among a host of his worst enemies, Batman must use his wits and fists to not only escape the facility but stop the Joker’s dastardly plot. Though other games in the series had a bigger scale, Arkham Asylum was able to boil the gameplay down to the basics and provide the ultimate Batman experience.

Set between the second and third games in the series, Resident Evil: Code Veronica used its prison setting to ratchet up the terror even further. Playing as both Claire and Chris at different times in the game, the player must escape a prison facility that is run by the Umbrella Corporation.

Switching to real-time 3D backgrounds gave the game a more dynamic look, and was a major change from the previous installments. The claustrophobic nature of the first two games is even stronger in Code Veronica, and the frightening creatures of Resident Evil are made all the scarier in its prison setting.

NEXT: 10 Unpopular Opinions About The Resident Evil Games, According To Reddit