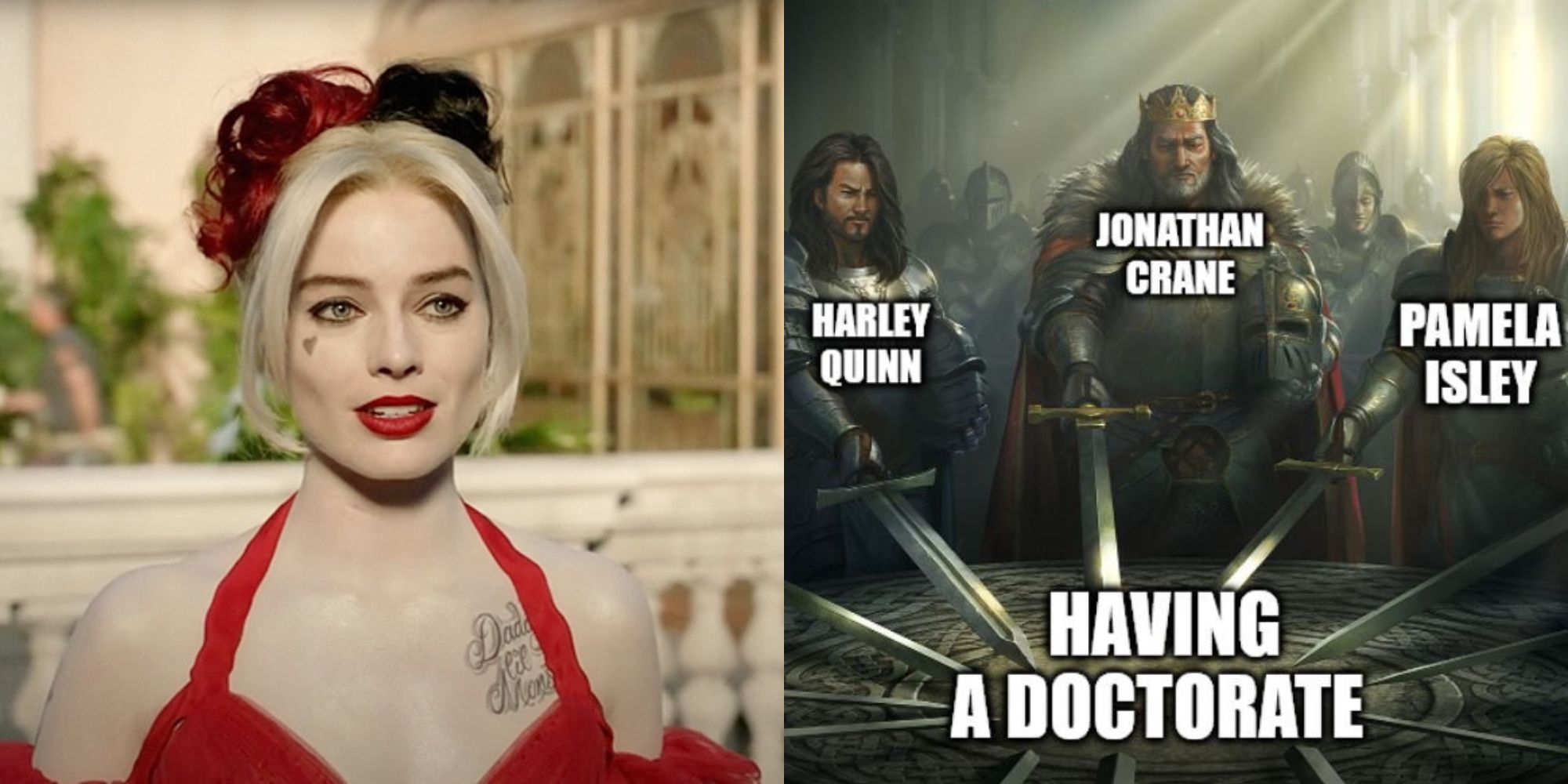 This article contains videos/references to violence, murder, trauma, and abuse.

The third season of Harley Quinn is ongoing and continues to provide an incredibly fun and comedic look into some of the best villains that DC has to offer. By refusing to take the characters too seriously, it’s providing a unique take on Harley, specifically, which is helping to expose often-underrated aspects of her character, like her relationship with Poison Ivy.

Yet the Harley Quinn show isn’t the only recent take on the character. After all, the DC Extended Universe has shown Harley across its various movies and introduced a distinct take of its own. That’s one of the reasons that fans have been putting together a collection of memes about the DCEU’s Harley that sum up Harley Quinn up incredibly well.

A major feature of Harley Quinn is her extraordinary sense of style. Though she’s always been a colorful character, she tends to go through costumes like Batman (although his look tends to involve much darker colors than Harley’s does).

While audiences loved the introduction of the Harley Quinn blazer in Birds of Prey, it was her recent black and red look that captured their hearts most since it managed to look like one of the best Harley Quinn costumes in the comics (adding to the accuracy of the live-action depiction). It was a great use of fan service.

Joker And Harley’s Relationship Summed Up

It’s no secret that the Joker and Harley Quinn have never had a great relationship. Not only has Suicide Squad, Birds of Prey, and The Suicide Squad explored in depth the abuse she had experienced at his hands but they have also witnessed Harley cut all ties with him, (calling back to one of the best Harley Quinn comic storylines).

While it may have taken her a while to realize that the two didn’t have anything in common (beside their clown persona, as this meme emphasizes), fans were glad to see her finally realize that she deserved better and could sore to new heights without him.

While Harley is mainly remembered for her chaotic criminal past, many fans often forget that, with a Ph.D. under her belt, she’s actually one of the most intelligent DC villains.

Spending several years earning her psychology degree and also training to be a psychiatrist, Harley has shown herself to be extremely gifted in reading people and recognizing their flaws (as seen in Suicide Squad). Audiences also discovered that she was a mastermind behind many plans, manipulating many individuals into doing her bidding. These are just prime examples of why Gotham (and the world) should never underestimate her.

Harley tends to always have a positive outlook on the world. She’s bright in more ways than one, after all. Intelligent, covered in bright colors, and incredibly bubbly, she usually lights up every room she enters. If she’s not fighting, she also seems to brighten the mood of everyone around her.

Harley also believes in working hard to get what she wants, which is part of why she’s become such a successful antihero. So it’s very believable that Harley could send someone a message like this, especially given her close ties to her fellow villains.

While in reality, Harley didn’t break up with the Joker and instead was broken up with, she likes to pretend that it was mutual. That’s why it was so touching when she found a group of friends who could support her, so that she no longer felt the need to rely on a man like Joker.

It’s a major part of why DCEU’s Harley is one of the best portrayals of the character. She started off relying on Joker, but slowly developed over the course of multiple movies to stand on her own feet without him. Though Ivy hasn’t officially appeared in the DCEU yet, there is hope among fans that she will be a major part of Harley’s growth process, once she’s ready to enter relationships again.

One of the most interesting things about Harley Quinn is that she isn’t afraid to admit that she’s nothing close to a hero. Harley embraces typical “bad guy” behavior and all the good and bad that comes with it. When she’s taken down by a hero as another faceless goon, she gets back on her feet and waits for another chance.

It’s one of Harley’s most admirable traits and truly shows that she’s capable of greatness as a villain. Instead of dwelling in anger, she treats everything like a joke, which is why she has the potential to be greater than even the Joker, who obsesses over Batman and can’t succeed at large because of it.

Although Harley might not have admitted it initially, it was clear that her time with the Suicide Squad (and the Birds of Prey) helped her to grow into a better person. When she was with the Joker, he encouraged her to commit several heinous crimes and manipulated her into doing things that she might not have wanted. He constantly drilled into her head that it was good to do bad things.

However, as evidenced her helping to take down Enchantress, Starro, Black Mask, and the President of Corto Maltese, Harley eventually realized that he was wrong. As this meme emphasizes, there was a small part of her that hated the fact that there were innocents suffering and she refused to just stand by. This redemption arc Harley went through was certainly something that fans have enjoyed watching over the years.

While it may upset a minority of fans, Harley has been a starring character in the DCEU since she was introduced. Her bubbly personality, endless desire to commit wanton violence and utter inability to stand still have made her a fan-favorite (and it’s why she’s become such a major character).

There are few scenes with Harley that aren’t outright amazing, but her excitable personality helps to keep the tone of any movie engaging and lighthearted (even when it’s a tragic moment). The complexity of her nature also gives producers a lot to work with and explore.

Next: 10 Memes That Perfectly Sum Up The DCEU’s Batman As A Character