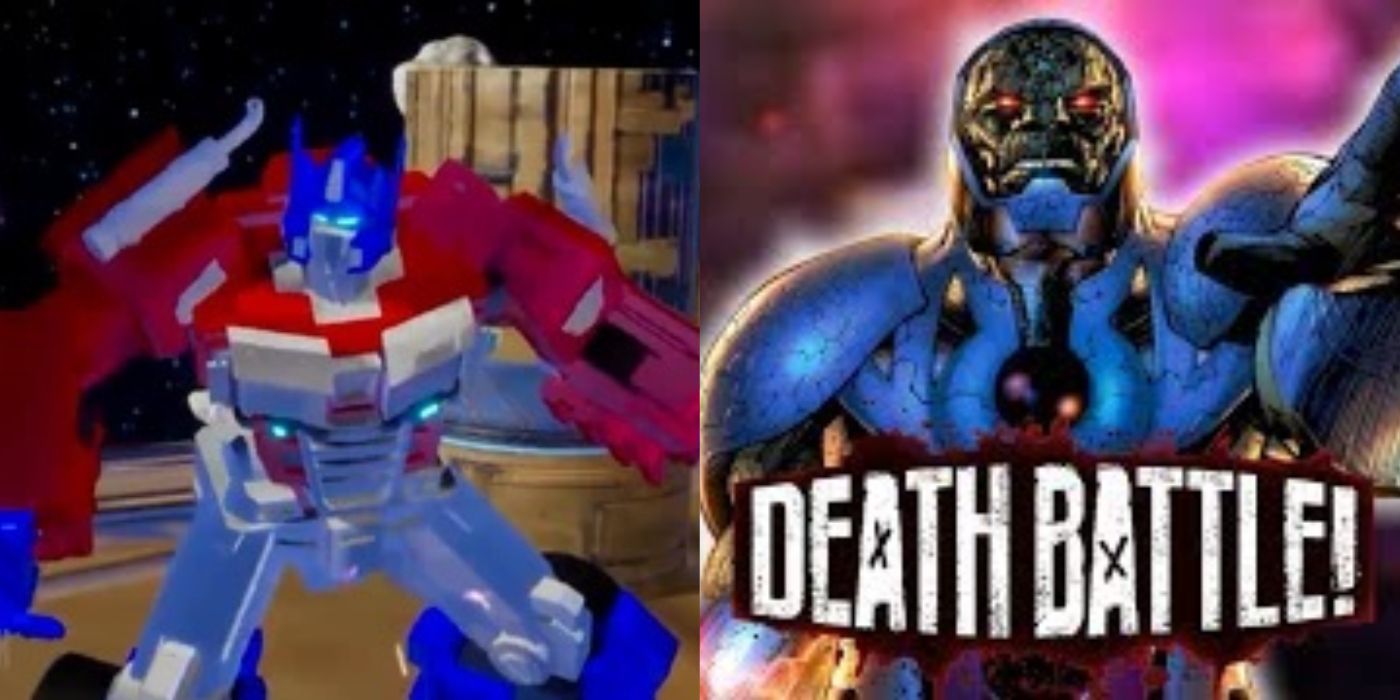 Death Battle!, the hit web series from Rooster Teeth, returned from its brief summer hiatus to continue its latest season. With the latest episode pitting James Bond against John Wick, fans are already looking forward to seeing what the new season has in store, with many expecting even more epic fights to come.

Throughout the series, hosts Wiz and Boomstick have pitted hundreds of characters against each other. And while most fights are reasonably balanced, there have been several fights where one fighter clearly outmatches the other.

In a battle of the speedsters, this episode saw DC’s Flash taking on Marvel’s Quicksilver. However, this fight was clearly one-sided in favor of Flash.

Related: 10 Most Powerful Versions Of The Flash

As explained in the episode, Flash could reach speeds up to 6 million miles per hour, completely surpassing Quicksilver’s abilities by miles. Not only that, but he could also think trillions of times faster than the Marvel speedster, giving him an even greater reaction speed. While Quicksilver had formal combat training, this skill doesn’t help him at all when Flash can simply outrun him and carry him into the Speed Force.

Zuko’s firebending skills in Avatar: The Last Airbender served him greatly, even potentially giving him a chance to beat the Fire Lord. But when he appeared in Death Battle! with the intention of fighting My Hero Academia‘s Shoto Todoroki, it was clear to everyone who was going to win.

Simply put, Todoroki’s Quirk easily outclasses Zuko’s firebending with far more power and intensity. As if that didn’t prove how overpowered he was, Todoroki also had his ice powers along with his fire powers to use in the fight (giving him the chance to freeze Zuko and burn him at the same time). Zuko, limited to only his firebending and without access to Sozin’s Comet to boost his powers, could only last so long.

It was a battle of the elements when Korra, the new Avatar from The Legend of Korra, battled Storm of the X-Men. However, this was a fight that Storm easily won.

In the post fight analysis, Wiz and Boomstick explained that Storm was easily 20 times faster than Korra, citing the mutant’s past ability to dodge light beams. Although Korra had more elements to work with, Storm’s powers were far stronger, being able to create a planet-wide storm and being able to attack Korra from a distance. Storm could even end the fight instantly if she wanted to by sucking the air out of Korra’s lungs. No matter what, Korra had no chance of winning this fight.

Though known for giving many inspirational quotes, Optimus Prime proved that he was far superior when he took on Gundam.

While it was proven that Optimus was 6 times stronger and 9 thousand times stronger than Gundam, the biggest factor that put Optimus on top was experience. The Autobot leader had millions of years of combat experience, while Gundam only had 14. Even the Gundam suit’s pilot, with his future sense, wouldn’t be able to keep up with Optimus forever (especially with Optimus’ ion blaster, which shoots at over 3 million miles per hour).

On paper (and in the fight animation), it seemed as though these two characters were close to evenly matched. However, in the post-fight analysis, it was shown just how outclassed Mikasa was.

Related: 10 Best Attack On Titan Characters, According To Ranker

Blake’s semblance gave her more abilities to use against Mikasa, and her aura protected her from most of the attacks thrown her way. Blake was also shown to be over 40 times faster than Mikasa, whose training and weapons were mostly designed to fight slow lumbering Titans. Even with Mikasa’s Ackerman Heritage, combat experience was almost exclusively against Titans and not against fast, nimble combatants like Blake.

At first glance, it seemed as though this fight would swing in favor of the tough, battle worn Cable rather than the goofy, more comical Booster Gold. But as the fight showed, it went the complete opposite way.

The decider was Booster Gold’s extremely overpowered force field, which has protected him in the past from the likes of Darkseid and Trigon as well everything that Cable had in his arsenal (including his mind control powers). Given that Booster’s weapons are powered by the same thing that powers his force field, Cable had absolutely no chance of stopping Booster, let alone killing him.

Green Lantern has fought many scary villains over the years, so when it came to fighting Ben 10 in this episode, Hal Jordan had everything he needed to beat the kid handily.

The key thing here was that Ben could really access one alien (and their abilities) at a time, while Green Lantern always had access to his ring. None of Ben’s aliens could even come close to matching the stats that Hal had. Even with his ultimate form, Alien X, Ben couldn’t find a way to win as Green Lantern could match what he could do and counter it (something that Alien X was unable to do himself).

Granted, this fight was intentionally one-sided for laughs (and for Wiz and Boomstick to try to get rid of Deadpool for good), but it’s still worth mentioning due to just how lopsided this battle was in favor of the Mask.

The Mask was stronger, faster, and far more durable than Deadpool. Even if Deadpool could hurt him, the Mask could “just say no” to damage with the power of his Toon Force abilities. Luckily for the Merc with a Mouth, a prior trick done during the fight got Wiz and Boomstick to accidentally bring him back to life, making him able to terrorize the two with fourth wall breaks in future seasons.

Superman is easily one of the most overpowered superheroes of all time, and this recent episode pitted two Superman-esque characters, Omni-Man and Homelander, against each other.

The result was a total stomp in favor of Omni-Man. Homelander’s strength and speed were easily outclassed by Omni-man’s, whose thousands of years of combat experience gave him an even greater advantage. The only thing Homelander had that could hurt Omni-Man was his ear-shattering shouts, but even this could be easily shrugged off by Omni-Man. Even the fight animation was short and sweet, proving that Homelander had no chance of winning.

Arguably the most one-sided battle in Death Battle! history, this fight saw the big bads from Marvel and DC, Thanos and Darkseid, fight to the death. From the very beginning, it was clear that Darkseid taking the victory here.

Even with the Infinity Gauntlet, Thanos couldn’t match the raw power and strength that Darkseid put out. Darkseid could also take the Gauntlet out of the equation by using Boom Tubes to transport Thanos to another universe, where the stones would fail to work anymore. Even in the fight animation, Darkseid is seemingly just toying with Thanos and could have easily ended the fight with a full blast with his Omega Beams.

Next: The 10 Best TV Shows To Watch On Netflix This Month