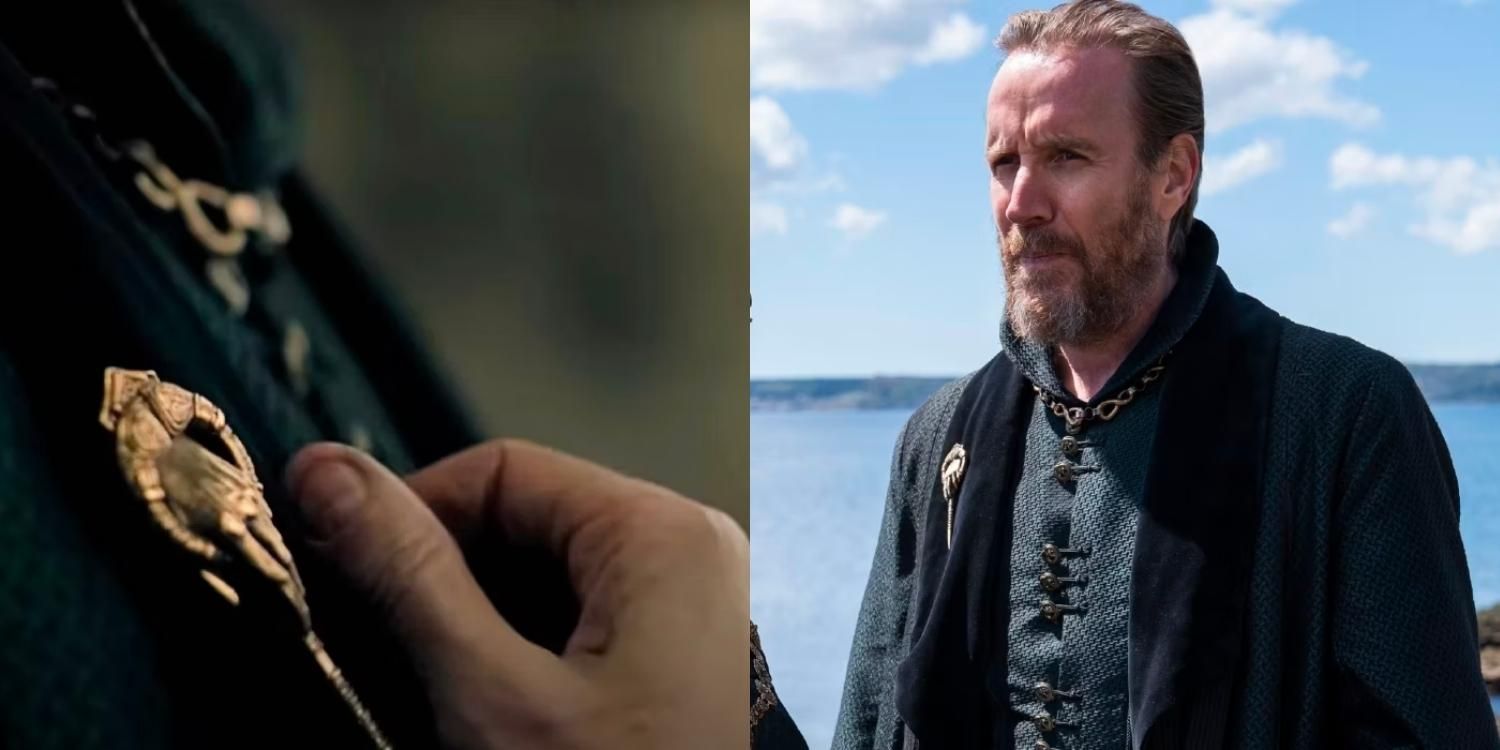 One of the things that stands out the most about House of the Dragon is its careful attention to character detail. Each person angling for more power is given their own motivations and personality. This is particularly true of Otto Hightower, the King’s Hand and one of the most important and powerful men in the realm.

As he is portrayed by Rhys Ifans, he is a consummate schemer and subtle thinker, and it’s to the actor’s credit that he keeps him from becoming nothing more than a stereotype. In fact, there are a number of important mannerisms from the book Fire and Blood that Ifans captures with particular skill.

Just as Game of Thrones had its fair share of very smart characters, the same is true of House of the Dragon. Rhys Ifans perfectly captures the intelligence that Otto Hightower repeatedly showed during his time as Hand.

He is the type of person who understands quite well how power works, and he is determined to make sure that he gets as much out of it as possible. Every time that he appears on the screens, Ifans’ performance makes it clear that the gears in his mind are always turning and looking for an advantage.

His Enmity Toward Daemon

Daemon is inarguably one of Matt Smith’s best roles, and he brings to the character a great deal of arrogance and ambition. For his part, Ifans also perfectly captures Otto Hightower’s profound antipathy toward the king’s younger brother.

However, Ifans makes it clear that the Hand doesn’t just envy Daemon’s place in the monarch’s esteem; he sees him as a genuine threat to the realm and to its stability. With his gruff, gravelly voice, the actor allows the audience to see Hightower as someone who, whatever his ambitions might be, is also looking out for the well-being of the kingdom as a whole.

Otto Hightower belongs to one of the most important houses in the Seven Kingdoms. Like many of those belonging to nobility, family loyalty means a great deal to him. Ifans lets the viewer understand this through the way that he interacts with both his daughter and his brother.

Through these exchanges, the actor makes it clear that, when it comes right down to it, Otto will always err on the side of his daughter and his descendants, particularly when it comes to deciding who will one day sit on the Iron Throne.

How Methodical He Is

House of the Dragon is quickly shaping up to be one of the great series about politics, and a lot of this can be ascribed to Otto Hightower. Because of the way that Ifans has decided to play him, he emerges as someone who is very methodical in his thinking.

He is always strategizing about how to get ahead and how to most effectively manage the affairs of the state. Like his book counterpart, Ifans’ Otto Hightower isn’t someone who is going to make a move unless he is sure how it is going to work out.

One of the most notable aspects of Otto Hightower’s personality is his sheer dominance. This is particularly pronounced in the novel, where he is always able to essentially bowl people over with his force of will. While Ifans is a bit more subtle than this, it’s still become quite clear as the season unfolds that he is no less domineering than his novel counterpart.

He has a set of desires, and he will do whatever he can to achieve them. And, as he shows in his exchanges with Viserys, he is not afraid of telling his king the truth, even if it’s not one that he likes to hear.

From the very first episode of House of the Dragon, Otto Hightower demonstrated the sort of haughty demeanor that would become his trademark and that was one of his most identifiable characteristics in Fire and Blood. Rhys Ifans endows the character with just the right amount of hauteur.

It’s there, for example, in the way that he looks at some other members of the small council. It is particularly in evidence when he has anything to do with Daemon, for whom he has almost nothing but contempt. Otto believes in his own rightness, and nothing will change his mind.

His Skill At Ruling

In Fire and Blood, Otto has many failings, but there’s no question he’s a capable administrator, someone who knows how to rule well and ably. Rhyfs Ifans captures both of these elements of Hightower’s personality.

Though he can be high-handed with the king and with the other members of the council, there’s a good reason for this. He, more than almost anyone else, knows how power works in the Seven Kingdoms. It’s for this reason that, as Ifans has come to portray him, he seems to be such a more capable leader of men than Viserys could ever be (he is, it has to be said, not one of the better kings of the Seven Kingdoms).

In the world of House of the Dragon, battles are just as often won in council chambers as they are on the battlefield. This is something that Otto Hightower knows very well, and Rhys Ifans excels at bringing out the persuasiveness that was such a key part of his personality in the book.

There’s something about his soulful eyes, as well as his deep, gravelly voice, that makes him into someone it is easy to believe and to want to obey. It’s no wonder that even Viserys, who is supposed to be the king, so often finds himself under the other man’s spell.

His Desire To Advance His Grandson’s Claim To The Throne

In the book Fire and Blood, Otto is very insistent that Viserys name his grandson Aegon as his heir. In Otto’s mind, this is the only way to prevent bloodshed and chaos from enveloping the kingdom should Rhaenyra, a woman, ascend the Iron Throne.

Though Rhys Ifans’ character is a bit more subtle than in the book, it’s still clear through his actions and through his attitude, that he believes his grandson is the one who should eventually succeed his father. It remains somewhat unclear whether is motivated by family ambition, genuine concern for the realm, or some combination of the two.

His Ambiguous Relationship With Rhaenyra

Throughout season 1, the dynamic between Rhaenyra and her father’s foremost counselor is one of the most fraught. While he seems to have a grudging respect for her, he also sees her as a potential threat to his own family’s fortunes.

Rhys Ifans brings out this duality quite skilfully, and this is in keeping with his portrayal in the books. Like his counterpart in Fire and Blood, once he comes to see Rhaenyra as more of a threat than an ally, he wastes no time in ensuring that she is besmirched in the eyes of her father.

NEXT: 10 Best TV Spinoffs, According To Rotten Tomatoes’ Audience Score (Including House of the Dragon)