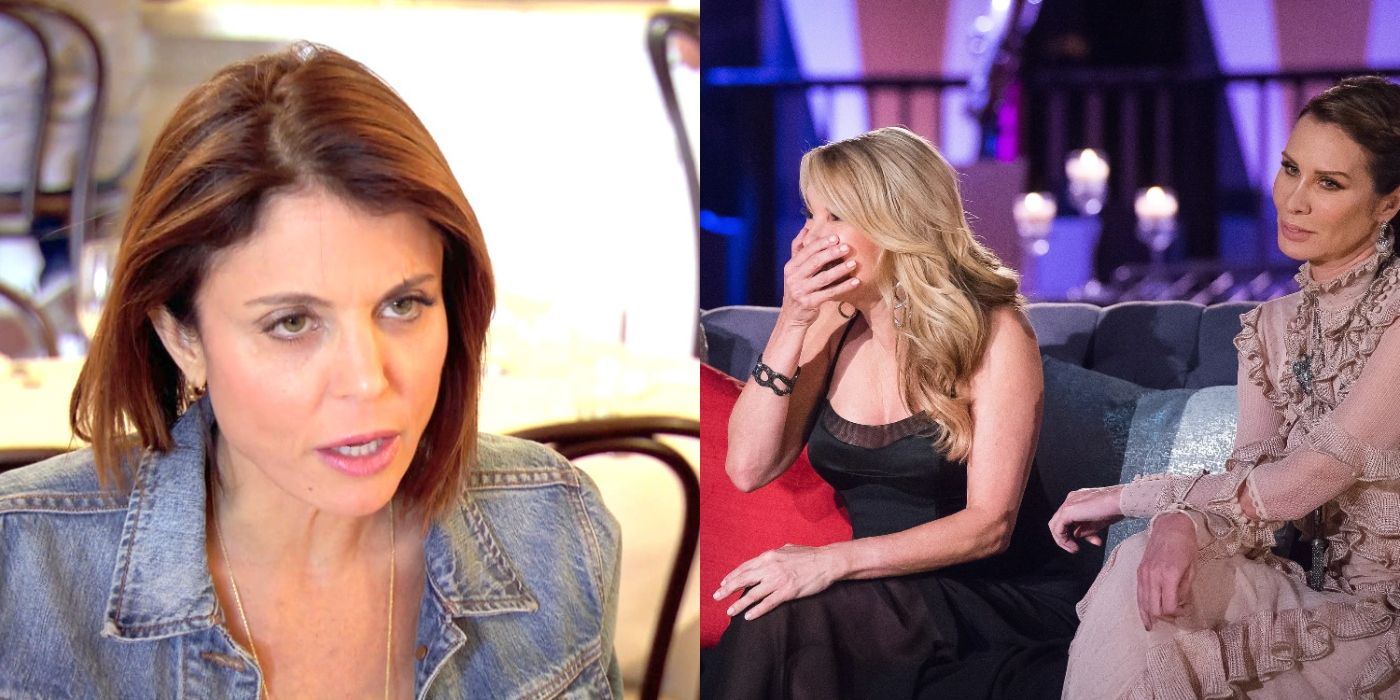 Former The Real Housewives of New York City star Alex McCord shared that she has finished her doctoral program in Psychology, according to People. While Alex and her husband Simon Van Kempen haven’t appeared on the reality series since season 4, they made a big impact with many scenes showing their love of shopping.

Just like fans still think about those early days of RHONY, it’s entertaining to reflect on former seasons and all of the drama contained in each episode. Season 8 was particularly memorable thanks to the questions surrounding Luann De Lessep’s engagement to Tom D’Agostino and when the cast members celebrated the winter holidays at Dorinda Medley’s Berkshires home Bluestone Manor.

Bethenny Frankel’s season 10 RHONY fights showed that she always makes bold statements and talks about how she feels. In season 8, she also argued with Luann about Luann and Tom’s upcoming marriage. In the now well-known episode “Tomfoolery,” Bethenny admitted that she had been sent a photo of Tom kissing someone else, and Bethenny shared that information with Luann.

This drama lasted for the entire season and is something that RHONY fans still think about since these episodes were heavy with strong emotions.

Carole Radziwill allowed fans into her personal life during her time on RHONY, from the novel that she published called The Widow’s Guide to Sex and Dating to her trendy and beautifully decorated apartment. She also shared more serious subjects such as her grief over her husband Anthony Radzwill’s tragic 1999 death.

In season 8, Carole was dating Adam Kenworthy, who she met through Luann. This resulted in major tension as Adam and Luann’s niece dated as well. While Luann wasn’t a big fan of this romance, it was sweet to see Carole in a happy relationship. RHONY can feature fights in every episode and it can be refreshing to watch a calmer, more peaceful storyline.

The Big Fight In The Berkshires

One of the best Real Housewives episodes, “December: Berkshires County” is another reason why fans look back on season 8 as an important part of the series. Dorinda invited everyone to her country home and there was a lot of fighting. Bethenny was upset with Luann because she said Luann said that she came up with the Skinnygirl moniker Bethenny then said that Luann didn’t tell the truth and referred to her a “snake.”

Dorinda was mad that her pleasant holiday atmosphere was ruined and told Luann and Bethenny “I made it nice!” as she wanted to be a good host and made sure that there was delicious food and a fun, festive atmosphere. It’s hard to forget about Dorinda’s statement and it has become a quote that viewers associate with the cast member.

There have been several times when the RHONY stars have traveled to Miami, Florida and experienced an incredibly tense trip. In season 11, Bethenny yelled at Luann that “life is not a cabaret!” and in season 8, Bethenny and Luann had another tough and emotional exchange.

While this vacation was meant to be fun, everyone spent the entire time worried about Luann and whether marrying Tom was the right thing. This created a tense atmosphere that never let up and made it hard to stop watching.

While watching someone clean out their basement or any room in their house might not sound that exciting, Sonja’s townhouse was a staple of RHONY. Over many seasons, fans watched Sonja work with her interns, host Tinsley Mortimer when she first moved back to New York City, and made the tough decision to sell. In season 8, Sonja cleaned up and felt many feelings as she had spent so much time there.

At a few points on RHONY, Sonja spoke about her divorce and how hard it was, and in this scene, she shared that she felt attached to many objects that were in her basement, including a nose hair trimmer. While some would say that it was a good idea to throw things out, Sonja felt that hanging onto things was a way of hanging onto the past that she was still thinking about.

RHONY has always focused on Ramona Singer and Sonja’s relationship, which is a fan favorite Real Housewives friendship. In season 8, they had some conflict as Ramona felt that Sonja was partying a lot, and they had some conversations about the subject.

It was both sad and memorable to watch the long-time friends fighting and viewers hoped that they could get back to a better place. The reality franchise has often featured cast members whose friendships ebb and flow with the passing years and it’s realistic to see friends communicating with each other and working through tough spots.

Season 8 also sticks out because Sonja told Bethenny that she was creating a brand called Tipsy Girl. Since Bethenny’s company is called Skinny Girl, Bethenny didn’t think that this was a good idea and was surprised that the names sounded the same.

Sonja and Bethenny couldn’t get along for a while after this, as Sonja felt that Bethenny was being unfair, and Bethenny was upset that Sonja didn’t see the situation from her perspective. While some RHONY arguments focused on confusing topics and didn’t always seem as big or important as the cast members suggested, this one made sense. It was easy for fans to see why Bethenny was hurt.

Luann Stood Up To Bethenny

The drama didn’t stop in season 8, including a scene when Luann let Bethenny know that she was going to keep seeing Tom. Luann said, “Why should you feel sorry for me? I love Tom,” which upset Bethenny, who was trying to be a supportive friend.

Real Housewives fans saw both sides of some fights, including this one, which made season 8 particularly riveting. Luann felt judged and Bethenny felt that she wasn’t a good, loyal friend if she didn’t make her feelings clear to Luann. It was a messy situation that no fan could forget.

Dorinda Stood Up For Her Relationship With John

Dorinda has since broken up with John Mahdessian, but in season 8, their relationship was going strong. The tension between Dorinda and the rest of the group because they weren’t sure that John was the right partner for Dorinda was an unforgettable part of the season. At a party, new housewife Jules Wainsten, Bethenny, Dorinda and Ramona sat together. Dorinda shared that she didn’t care what anyone thought and that she was going to keep dating John, saying, “Like him, don’t like him, he’s showing up and he’s part of my life.”

Dorinda’s delivery was harsh, but she was definitely right to say that she could date who she wanted to and that her friends should support her instead of offering up negative words and criticism.

Santa Showed Up For Christmas In The Berkshires

While the arguing was the focal point of the Berkshires setting in season 8, Dorinda hired someone to dress up as Santa and spread some holiday cheer. There are many RHONY episodes all about getting into the holiday spirit and Santa did contribute to a merry atmosphere.

In contrast to the tension that was present at Bluestone Manor, Santa’s presence was light-hearted and reminded the cast members of the reason why they were there in the first place: to have fun and celebrate the holiday season. Luann and Bethenny were still upset with each other, but it was fun to see Santa here.

NEXT: The 10 Best TV Shows To Watch On Netflix This Month