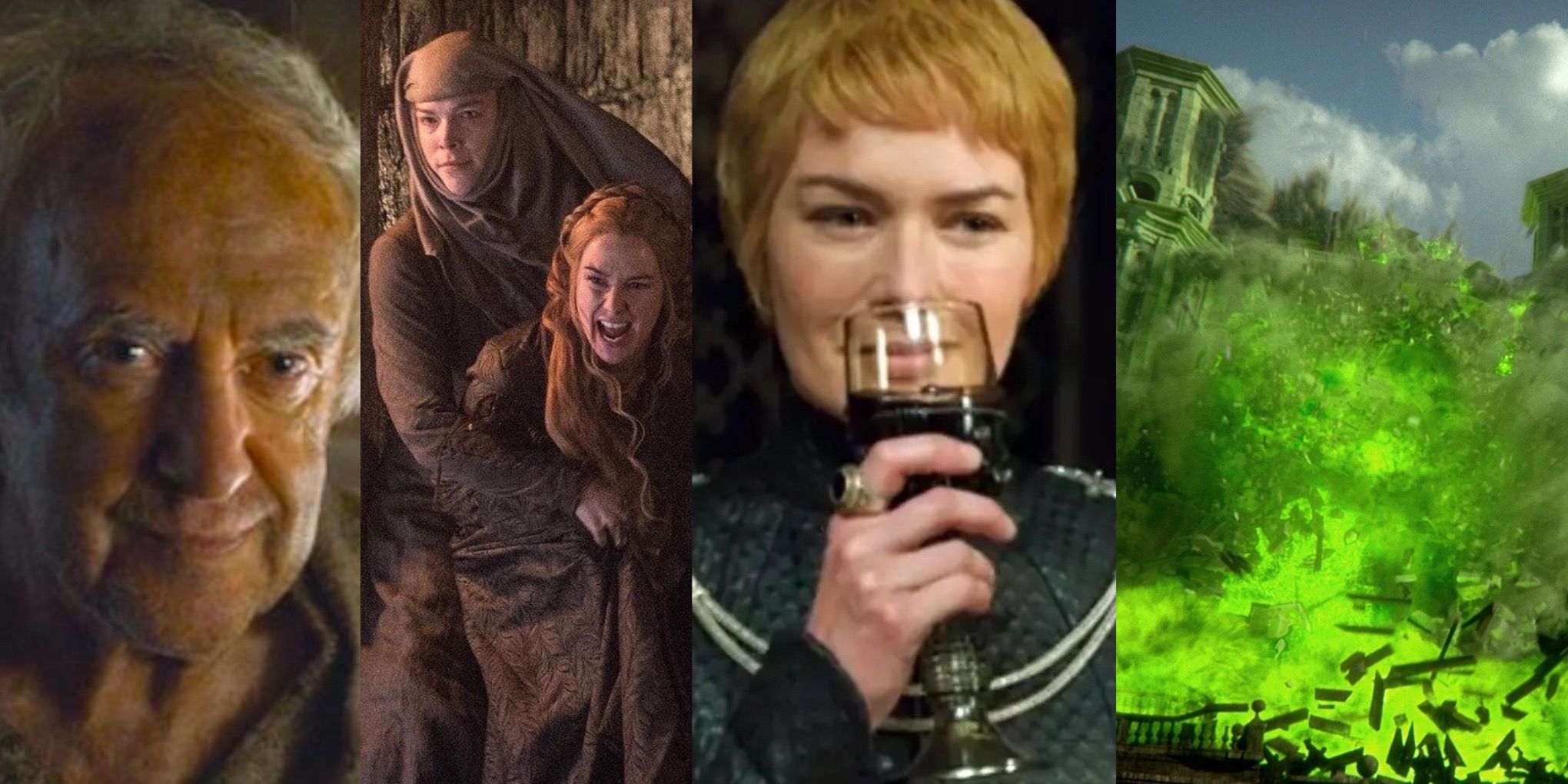 Based on A Song of Ice and Fire by George R.R. Martin, Game of Thrones presented compelling power dynamics in its eight-season run. Status and influence did very little to conceal the most prominent characters from nefarious actions. Other characters use their lack of prestige as an advantage to climb Westeros’ supremacy.

Both the book series and the show held characters with interchangeable statuses depending on a situation’s outcome. A character usually classified as a villain can be seen in a heroic light compared to those who wronged them, while the character more properly aligned with the hero trope sometimes exhibits villainous traits. Either way, Game of Thrones saw some match point moves in the way of villains outsmarting their prey.

Lord Petyr “Littlefinger” Belish (Aidan Gillen) is one of GoT’s most intriguing characters. His motives were purely driven by the great lengths he would go to gain and protect his power. Littlefinger’s cunning portrayal led him to betray Eddard “Ned” Stark (Sean Bean) in season 1.

Since Ned knew the truth of Prince Joffrey’s parentage, his goal was to put Stannis Baratheon, brother of the recently deceased King Robert Baratheon, on the Iron Throne. In an effort to secure his position as Master of Coin to The Realm, Littlefinger supported Joffrey’s claim to the throne by selling out Ned to the Lannisters.

The number of enemies against Cersei Lannister (Lena Headey) outweighed the few allies she had. One family that was constantly at odds with Cersei was that of the wealthy House Tyrell.

Before her father Tywin’s death, he had secured the marriage alliance between Cersei and Loras Tyrell (Finn Jones). To break the marriage pact, Cersei plays a part in Loras’ season 5 arrest by the Faith Militant regarding his same-sex proclivities. She would also have his sister Queen Margaery (Natalie Dormer) arrested for perjury and to extract her beguiling claws from Cersei’s son King Tommen (Dean-Charles Chapman).

Cersei’s interaction with The High Sparrow (Jonathan Pryce) was highly contentious throughout season 5. Even though she gave him the power to reassemble the Faith Militant, her karma was just around the corner.

The High Sparrow greatly contributed to Cersei’s downfall. He used Lancel Lannister’s confession about his incestuous encounter as leverage to arrest the Dowager Queen. Cersei suffered her greatest humiliation by being forced to walk naked in the streets as an act of atonement. The High Sparrow convincing King Tommen to effectively ban the concept of trial by combat was Cersei’s breaking point to plan revenge.

Season 7 was a promising start for Daenerys Targaryen, having secured alliances with three prominent Westerosi houses. Unfortunately, Cersei Lannister and Euron Greyjoy (Pilou Asbæk) had other plans for The Dragon Queen.

RELATED: The 10 Saddest Deaths on Game Of Thrones, According To Reddit

While voyaging to Dorne, Euron ambushed his nephew and niece Theon (Alfie Allen) and Yara (Gemma Whelan). Euron’s presence triggered Theon’s trauma from the torture he endured at the hands of Ramsay Bolton, causing him to jump ship. Not only would Euron capture Yara, he also brought Ellaria Sand (Indira Varma) and her daughter Tyne (Rosabell Laurenti Sellers) directly to Cersei to avenge her daughter Myrcella’s death.

Dorne and House Greyjoy would not be the only alliances of Daenerys to be broken at the hands of House Lannister. Jamie Lannister was one of the best Kingsguard on GoT, which is why it made the most sense to have him lead the siege of Highgarden, House Tyrell’s castle.

A Lannister-Tyrell army sacked Highgarden after the Unsullied army took Casterly Rock. Jaime sentences the sharp-tongued matriarch Olenna Tyrell (Diana Rigg) to die via poisoning rather than Cersei’s wrath. With nothing left to lose, Olenna got the upper hand by confessing to Joffrey’s murder before kicking the bucket.

Game of Thrones saw many honorable characters, one of which was Jon Snow. Kit Harington gave a charming performance as a headstrong, courageous Lord Commander of the Night’s Watch. However, Jon was not loved by all.

Alliser Thorne (Owen Teale) and four other men, including Jon’s steward Olly, conspired to murder Jon in the season 5 finale “Mother’s Mercy”. They believed Jon to be a traitor for his acceptance of the Wildlings. Little did they know that they would be punished for their actions upon Melisandre resurrecting Jon from the dead, who then hung his murderers for committing treason.

The noble characters on Game of Thrones are only matched by the characters personified by cruelty. Brilliantly played by Iwan Rheon, Ramsay Snow was the most sadistic character, apathetic in his actions and towards his victims, one of which ended up being his father, Roose Bolton (Michael McElhatton).

Roose was the only character not to be intimidated by Ramsay’s violence, and he did show some favor to Ramsay by legitimizing him as Ramsay Bolton. This wasn’t enough for Ramsay, who murdered Roose (in the same manner Robb Stark was murdered) upon the threat of his legitimate heir.

Walder Frey outsmarted the Starks under the guise of offering guest right, attacking when both Starks and soldiers had their guard down. However, his biggest blunder was not killing all the Starks, which would come back to him in season 6.

Daenerys Targaryen’s quest for the Iron Throne was inarguably Game of Thrones‘ crux. The character metamorphosis from naive princess to resilient queen and deranged dictator was wonderfully played by Emilia Clarke. Season 8’s penultimate episode “The Bells” is one of Daenerys’ most important episodes, completing her villainous evolution.

Dany is pushed to the extreme after her best friend Missandei (Nathalie Emmanuel) is executed by Cersei Lannister. She uses her last dragon Drogon and her Unsullied army to outsmart Cersei in surrendering King’s Landing. Daenerys chooses to burn the city (subsequently killing Cersei) over accepting the surrender.

Cersei Blowing Up The Sept Of Baelor

Cersei would outsmart her biggest critics in the season 6 finale “The Winds of Winter”, which included the likes of Margaery Tyrell and The High Sparrow. With trials by combat being permanently banned, Cersei would be forced to endure a trial by jury for her many crimes, but the Queen Regent had other plans.

Margaery couldn’t shake the feeling that Cersei was up to something sinister in her absence. The High Sparrow rebuffed her demands for everybody to leave the trial, only realizing the weight of her concerns when The Sept of Baelor exploded in wildfire, instantly killing everybody inside.

Next: 9 Best TV Shows To Watch On HBO Max This Month