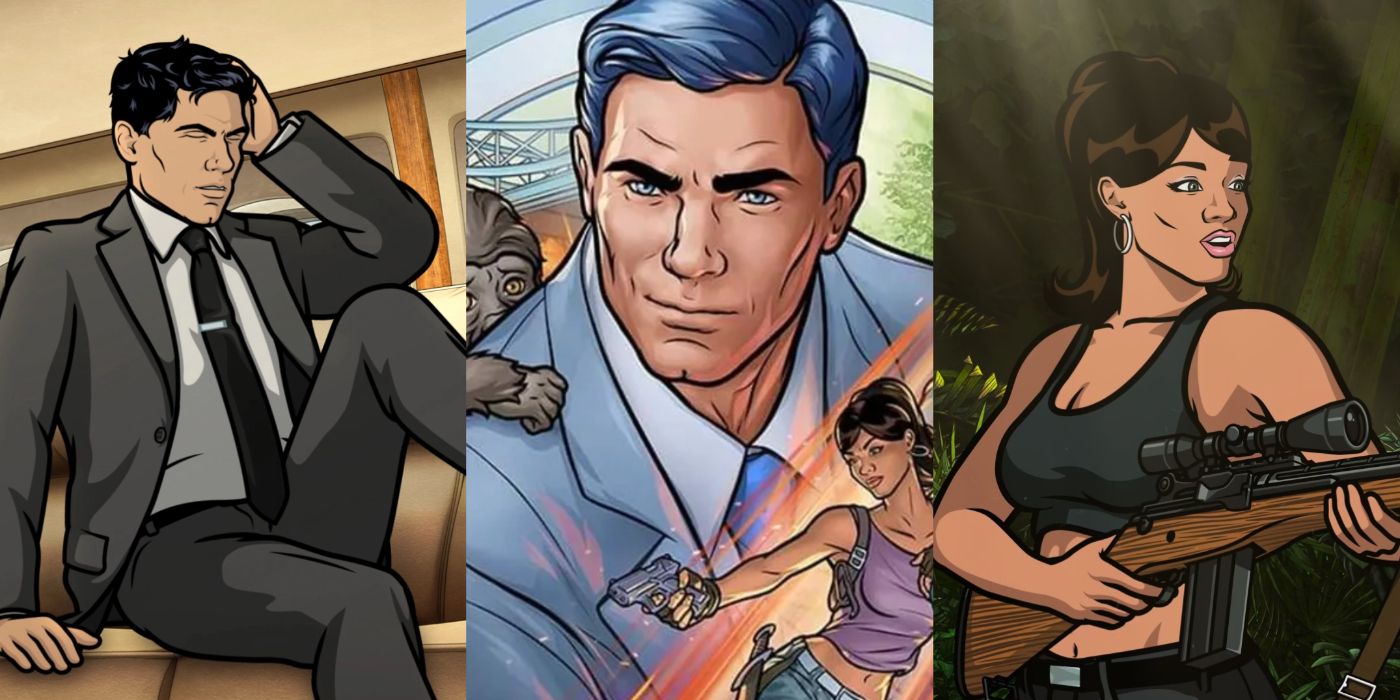 With its 13th season wrapping up soon, it is clear that Archer has become a beloved cartoon institution of the raunchiest variety. Over the show’s years on the air, its fans have rejoiced with each new hilarious reinvention that has kept the show fresh.

Despite this popularity, some viewers are less than pleased with the show and actually had gripes with it. Though most fans are just as dedicated as they were in the beginning, a few have developed some unpopular thoughts on the series and took to Reddit to air their grievances.

Pilot episodes are crucial to the success of a show, and a first impression can often make or break a series. User ruutti wasn’t impressed with Archer‘s pilot when they said, “Pilot was a horrible episode with crappy animation”.

RELATED: The Main Characters Of Archer, Ranked By Position At Work

The premiere episode, “Mole Hunt,” may not be the greatest of the series, but it did an excellent job of introducing Sterling Archer as a character and helped establish the tone going forward. It obviously did something right because the show still airs to this day, and H. Jon Benjamin actually received an Emmy nod for his performance in it.

Frisky Dingo Is Better Than Archer

Comparing two disparate pieces of media is usually unfair, but some things are so similar that comparison comes down to a matter of opinion. User avoozl42 had a particularly apt comparison in mind when they said of Archer “Frisky Dingo was better”.

Generally regarded as one of the funniest shows from the early days of Adult Swim, Frisky Dingo was also created by Archer creator Adam Reed and uses a similar art style. Though any audience member’s preference may vary, Archer has proven to be a more refined idea with a lot more longevity than its predecessor.

Archer’s Animation Has Improved, But At The Cost Of Its Storytelling

Unlike in previous decades, shows aren’t expected to churn out 20 to 25 episodes a season, and the overall quality of TV has improved. However, user alaninsitges took a different tack when they wrote “I would rather have more episodes than better quality animation”.

There is no denying that the quality of animation on Archer has improved since its debut, but lowering animation quality wouldn’t necessarily mean more episodes. Though the animation is a big part of a cartoon series, the sharp and witty writing is what makes Archer so special. Expanding the seasons would run the risk of overtaxing the writers and leading to lackluster episodes.

Archer’s Supporting Characters Are More Interesting Than Its Lead

Most shows aim to make their main character the one that is most beloved by fans, but the dark comedy of Archer makes that nearly impossible. User budgiebum had less love for the titular superspy when they wrote “I like the supporting characters more than Archer. He’s funny, but they’re better”.

Archer is filled with underrated supporting characters that often steal the show, but in the end it comes back to the bumbling main character. One of the reasons fans tend to gravitate towards supporting characters is because they represent a single idea, and are easier to relate to. As silly as he is, Sterling Archer is a complicated character that has multiple facets to his personality both good and bad.

Archer Rivalry With Cyril Is Getting Old

Though Archer has branched out into a more serialized format over the years, some relationships have remained constant. User lordolxinator had a gripe about a particular feud when they said “The ‘Archer dislikes Cyril and Cyril vehemently despises Archer’ gimmick got old real fast”.

Poor Cyril has had many sad things happen to him on Archer, and the show does a great job of maintaining his reasons to despise Archer. Though they have worked together on multiple occasions, the bad things done to Cyril by Archer far outweigh whatever comradery they may have gained on missions.

As the show slides well past the decade mark in terms of seasons, fans will inevitably seize the opportunity to declare it dead. User _boj killed the series off early when they expressed their unpopular opinion, writing “mine is that it peaked around season 3”.

Though any show will struggle to be perfect after a decade of seasons, episodes like “Mission: Difficult” from the twelfth season prove that the show can still hit its marks. Even if it feels different from its early outings, Archer is a rare example within the adult animation genre of a show that has remained consistent throughout its lengthy run.

Archer Was Better When Its Story Was Less Linear

The early years of Archer were defined by individual episodes that had no bearing on one another, but were still funny. A deleted user lamented the show’s format change when they said “I liked it better when the episodes werent so tied together”.

RELATED: Friendships On Archer That Should Have Happened (But Didn’t)

As relationships grew on the show, it became necessary to arch narratives across multiple episodes and even full seasons. As a testament to Archer‘s unbelievable humor, any episode can be enjoyed out of order, and the jokes still land without a full knowledge of the plot. The serialized narratives have helped to spice up the story without detracting from the one-off jokes.

Real world problems can sometimes necessitate a change in fictional media, and the fifth season of Archer went whole-hog with its format change. User Ryanbomo came to the defense of Archer Vice when they said “I loved season 5. I liked the feel of a season long story arc and I felt like the story was actually really well done”.

The change was so jarring that many fans were instantly turned off by the differences and haven’t come back since. However, the controversial Archer Vice season isn’t without its supporters, and the series has maintained season-long arcs ever since. While changing something comforting and familiar is usually unwelcome, it was the right call to ensure that Archer would continue to air for years to come.

Archer On The Whole Is Overrated

Judging television is an inherently subjective matter, but some viewers have come to the conclusion that Archer gets too much love. User PaddysChub432 voiced that controversial thought when they said “That the whole series is very overrated, but it has its moments”.

From the outside looking in, a fandom can seem overly obsessive and dismissive of criticism. However, all forms of media are neither over nor underrated, and instead they are best judged by the individual. What is hilarious for some might be totally unfunny to others, and to say something is overrated is to attribute too much personal opinion on a show meant for a larger audience.

Archer is define by its running gags, but some viewers can’t help but feel exhausted by the series’ reliance on them. User beastgunner was tired of overused jokes when they explained “That some of the recurring jokes are run into the ground…it’s a little over saturated at this point”.

Any running joke can get old if overused, and Archer is certainly guilty of coining a disproportionate amount of catchphrases and recurring gags. However, it is important to look at the show in an episode by episode basis. Though the show has its die-hard viewers who tune in each week, the running gags really work best for casual viewers who are looking for something familiar to bridge their experience from season to season.