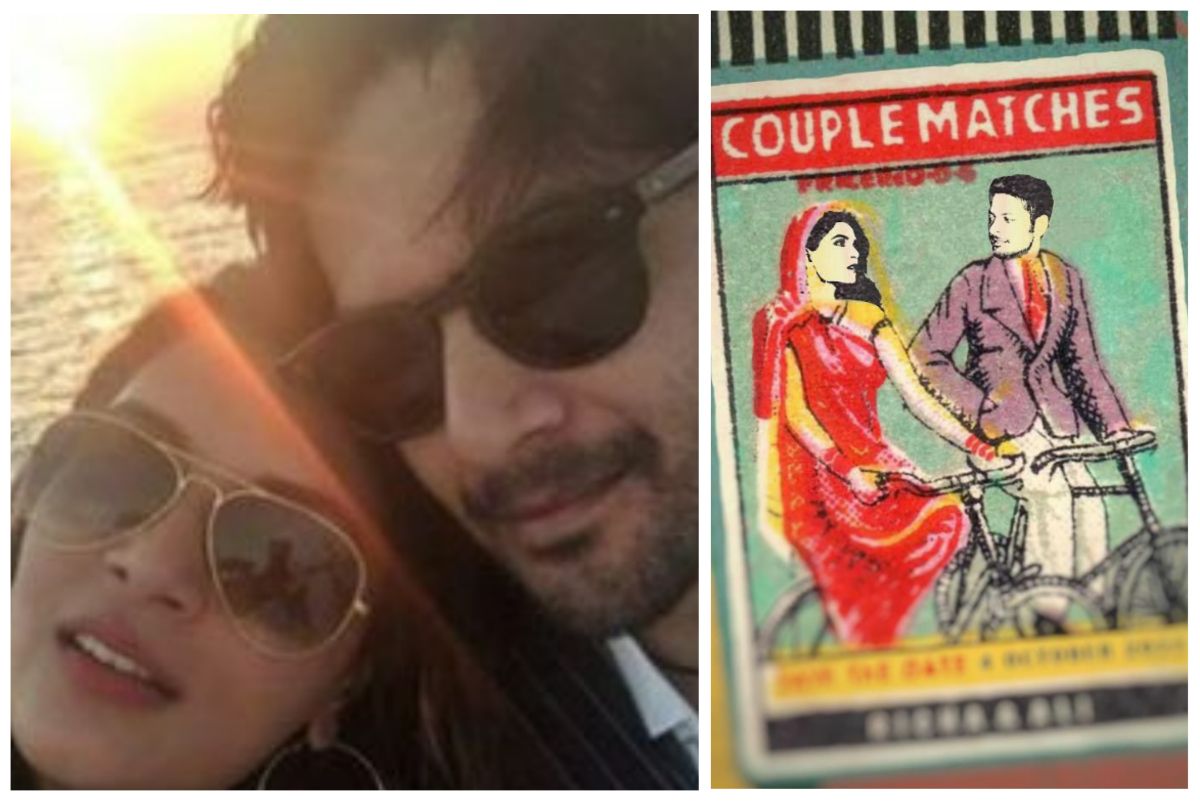 Ali Fazal-Richa Chadha’s Wedding Invitation: Ali Fazal and Richa Chadha’s  goofy wedding invitation is breaking the internet. The desi themed wedding invite has a picture of the actor-couple printed in a matchbox. The couple’s pre-wedding celebrations will take place in September end at Delhi. Richa and Ali are expected to tie the knot on October 6 in Mumbai. The power couple went exclusive about their relationship in 2017 when the Fukrey Returns actor posted a picture with Richa on his Instagram handled. He captioned his post as ‘Hai toh hai.’ Ali and Richa’s wedding has been a hot topic at gossip mills ever since the couple confessed about their marriage plans.Also Read – Bride-to-be Richa Chadha to Wear Custom-Made Jewellery by 175-Year-Old Family From Bikaner – Deets Inside

Ali and Richa can be seen riding a bicycle in a matchbox shaped wedding invite. The text printed on it is captioned as ‘Couple Matches’. The animated picture of Ali and Richa showcases them in a desi avatar. While Ali dons purple blazer above white  bottoms. Richa is seen wearing a red saree as she looks at Ali. Both are shown riding their bicycles. Also Read – CONFIRMED! Richa Chadha-Ali Fazal to Tie The Knot on October 6 Followed by Reception – Read Deets

For more updates on Ali Fazal and Richa Chadha wedding, check out this space at India.com.