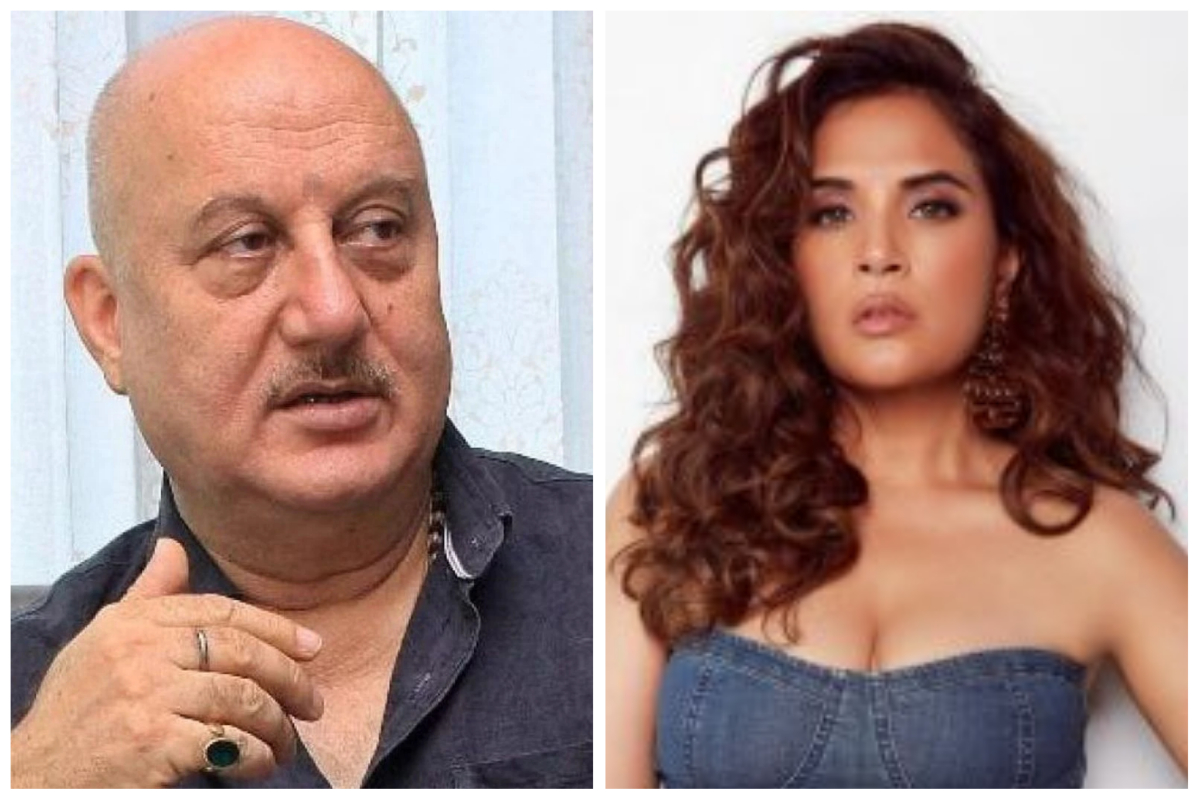 Anupam Kher Slams Richa Chadha’s Galwan Tweet: Richa Chadha is facing an extreme backlash over her Galwan tweet that has sparked a political row among netizens. Apart from senior politicians, activists and intellectuals, Bollywood celebs have also condemned her comment. The actor despite apologising about her tweet and deleting it after severe criticism is being grilled by Twitterati for disrespecting Indian armed forces. Anupam Kher, known for his bold and upfront views on cinema and national politics slammed Richa for her remark and called it ‘shameful’. Prior to him Ranvir Shorey, Ashoke Pandit, Akshay Kumar and Kay Kay Menon also expressed their disappointment.

The Uunchai actor tweeted, “Desh ki burai karke kuch logon ke beech lokpriya hone ki koshi karna kayar aur chote logon ka kaam hai. Aur sena ke samman ko daav par lagana… isse zyada sharmnaak aur kya ho sakta hai (trying to become popular among some people by talking badly about your country is the work of cowards and small people. And putting the honour of the army at stake… what can be more shameful than this).” Akshay also criticised Richa in his tweet as he wrote, “Hurts to see this. Nothing ever should make us ungrateful towards our armed forces. Woh hain toh aaj hum hain (they are there so we exist).”

The Madam Chief Minister actor retweeted on Thursday ‘Galwan says hi’ in response to the Northern Army Commander Lt General Upendra Dwivedi’s statement. The senior army official had tweeted that the Indian army was waiting for government’s orders in reclaiming Pakistan-occupied Kashmir (PoK). Later, Richa apologised and mentioned in her tweet, “Even though it can never be my intention in the least, if the 3 words which are being dragged into a controversy have offended or hurt anyone, I apologise and also say that it would sadden me if even unintentionally my words have triggered this feeling in my brothers in the Fauj (army) of which my own Nanaji has been an illustrious part.”

Anupam Kher was recently seen in Sooraj Barjatya’s Uunchai and was also starred in Vivek Agnihotri’s The Kashmir Files.

For more updates on Anupam Kher and Richa Chadha Galwan controversy, check out this space at India.com.