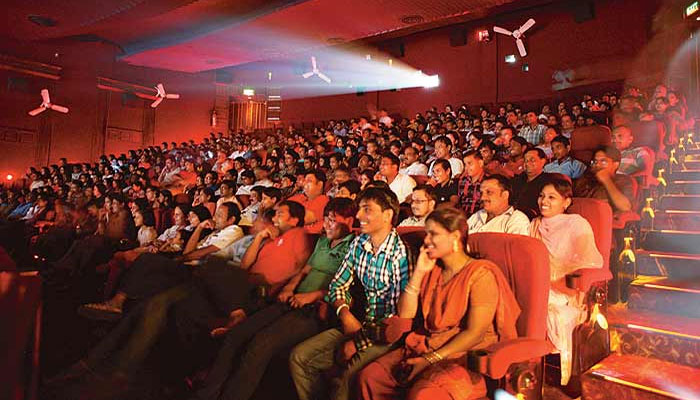 National Cinema Day 2022: For the first time ever, moviegoers can walk into their favorite cinema hall and watch a movie for just Rs 75 today. Yes, you read it right! Latest film releases such as Brahmastra, Chup, Dhoka’s tickets are available for just Rs 75. In an initiative by the Multiplex Association of India (MAI), on September 23, 2022, National Cinema Day will be celebrated. Over 4,000 screens at multiplexes from across India, including PVR, INOX, Cinepolis, Carnival, and Delite, have teamed up to offer “celebratory admission price” of Rs 75 to mark the National Cinema Day on September 23.Also Read – Amitabh Bachchan Buys New Apartment Spread Over 12,000 Sq Ft, Already Owns 6 Bungalows In Mumbai

With many multiplexes already sold out for today, National Cinema Day is estimated to set a new cinema attendance record in 2022. However, many states in the south, like Telangana, Andhra Pradesh, Kerala, and Tamil Nadu will not be able to participate due to state government regulations. Also Read – Ranbir Kapoor Slams Sexist Reporting Around Alia Bhatt’s Pregnancy, Calls it ‘Jealousy’ And ‘Stupidity’

“National Cinema Day celebrates the successful reopening of cinemas and is a ‘thank you’ to the moviegoers who made this happen. National Cinema Day is also an invitation to those moviegoers who haven’t made it back to a cinema near them, yet,” the association said. Also Read – Alia Bhatt Found Her ‘Home’ in Ranbir Kapoor, Fans Say ‘God Bless Parents-to-be’ – Check Unseen Pic