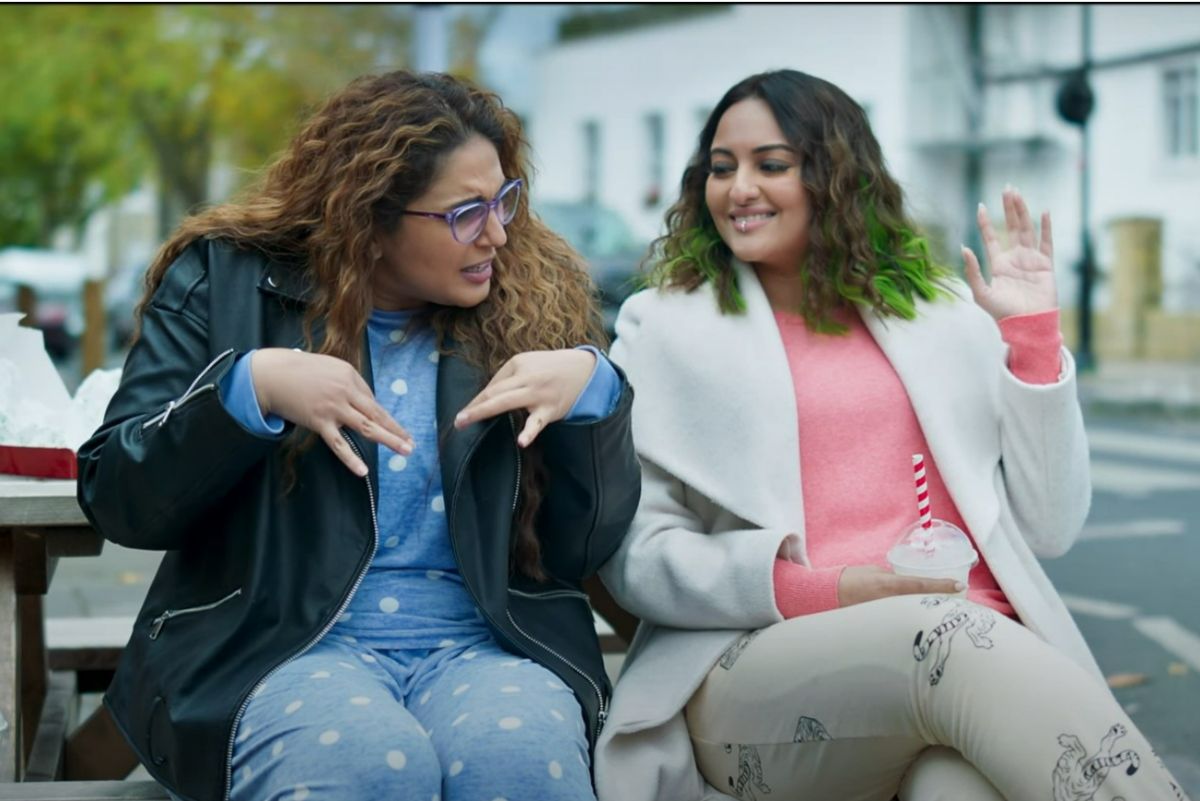 Double XL Teaser: Bollywood actresses Sonakshi Sinha and Huma Qureshi unveiled the teaser of Double XL on Thursday, September 22. The divas in the teaser give a glimpse of their sassy characters as plus-size girls who just love to be themselves. It makes a remark on bodyweight stereotypes that plague society, in a humorous manner. The 30-second teaser of Double XL builds up the inquisitiveness for the film as Sonakshi and Huma can be seen engaging in a fun banter about how size issues are only for women.Also Read – Huma Qureshi Hot Looks: Times When Badlapur Actress Created A Buzz On Social Media With Her Sexy And Bold Avatars – Watch Video

In the hilarious teaser, Sonakshi questions what would happen if they start rendering the same treatment to men, where will they go. The film is a slice-of-life social comedy drama for which both the actresses underwent massive body transformation and had even piled on the extra pounds for their roles in the film, which has been shot extensively in India and the UK. Also Read – What To Look Out For In These Five Much-awaited OTT Shows, Starting August 25