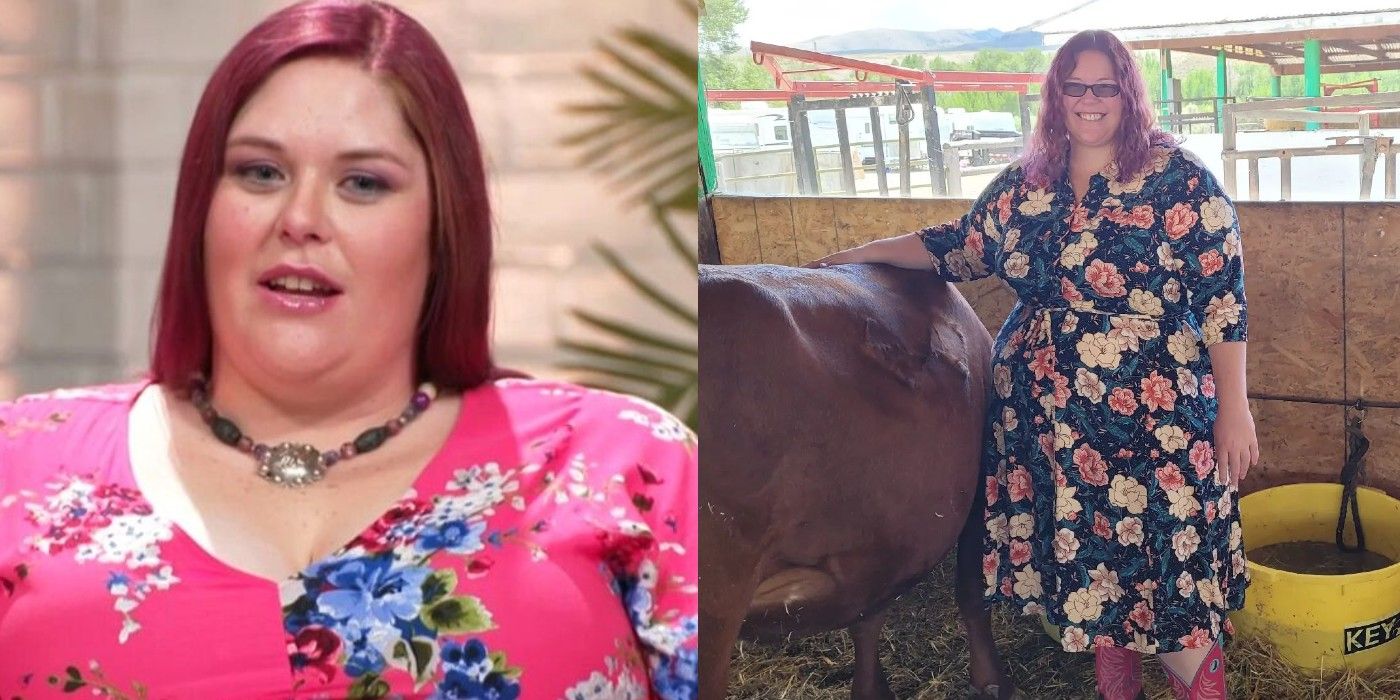 Ella Johnson’s split announcement with her 90 Day Fiancé boyfriend also ended up being her 25 pounds weight loss reveal for Instagram fans. And when it comes to taking revenge from a man who promised to meet her and never did, 90DF‘s Ella is doing the best she can. The 29-year-old Idaho native first starred in 90 Day Fiancé: Before the 90 Days season 5 as a love struck, almost desperate woman who’d found her Asian prince online. Ella, a lover of Anime, thought Johnny Chao was much like her Anime crush, a fox with a demon inside him. But eventually, Ella ended up cheating on Johnny, and he crushed her dreams.

If Ella thought she’d hit a “jackpot” after finding Johnny in a group of White women and Asian men, she soon realized her mistake. Johnny was a single dad to a little kid, divorced, and equally in need of a second wife. He wanted to move to the U.S. and become a cowboy on Ella’s farm while cooking healthy meals for her so she could lose weight. In one scene, Johnny even bought Chinese medicine to help make Ella become slimmer, as his best friends made fun of her appearance.

Related: 90 Day Fiancé: Why Ella Johnson’s Instagram Is Getting Noticed

But Johnny did not keep up with his multiple promises about meeting Ella in person while citing the pandemic as an excuse. Johnny feared testing positive for COVID-19 if he traveled during the pandemic. Ella craved physical attention and demanded an open relationship. While both of them had agreed to it, Ella hooked up with a friend which broke Johnny completely. In September, Ella finally told her Instagram fans that she broke up with him.

Sweet Ella surprised her 90 Day Fiancé followers with a quick video to reveal that she and Johnny were not together anymore. Ella spoke about Johnny still saying that he wanted to come to the U.S. and that she supported it. However, Ella decided against sitting and waiting for Johnny to fly to her. She wished him the best in whatever Johnny decided eventually, and dropped the bomb about her 25-pound weight loss in the same clip. In a different post, Ella posed outside her purple house in a colorful striped outfit. Ella stood boldly with her hands on her trim waist confessing that she loved the striped dress.

Just before telling fans about her and 90 Day Fiancé star Johnny ending their relationship, Ella had been dropping hints about her being married. It got fans’ hopes up as they thought Johnny had finally made it and proposed to Ella, which was something he’d planned. Ella had written “wedding nails ready” with smirking emojis on a story of her sparkly blue nails, which suggested that she was going to become a bride. However, Ella’s next series of photos were even more exciting. Ella was attending her brother’s wedding. For the ceremony, she wore a deep blue halter-neck gown with a high split to show off her new toned legs.

Mackay woman 90 Day Fiancé celeb Ella has been taking risks with fashion for a while now. But only after Ella confessed to weight loss have fans figured out why she’d started to feel more confident in her own skin. Ella wore a swimsuit for an outing with her family in July. Ella had gone camping in Mackay as she rode horses, went canoeing, and posed with guns. But Ella’s best photos from the lot were the ones of her wearing the bright orange swimsuit with a plunging neckline and a loose, printed robe. Ella’s dramatic weight loss was evident back then in her daring outfit, which makes 90 Day Fiancé fans now wonder how Ella will make Johnny eat his heart out next.