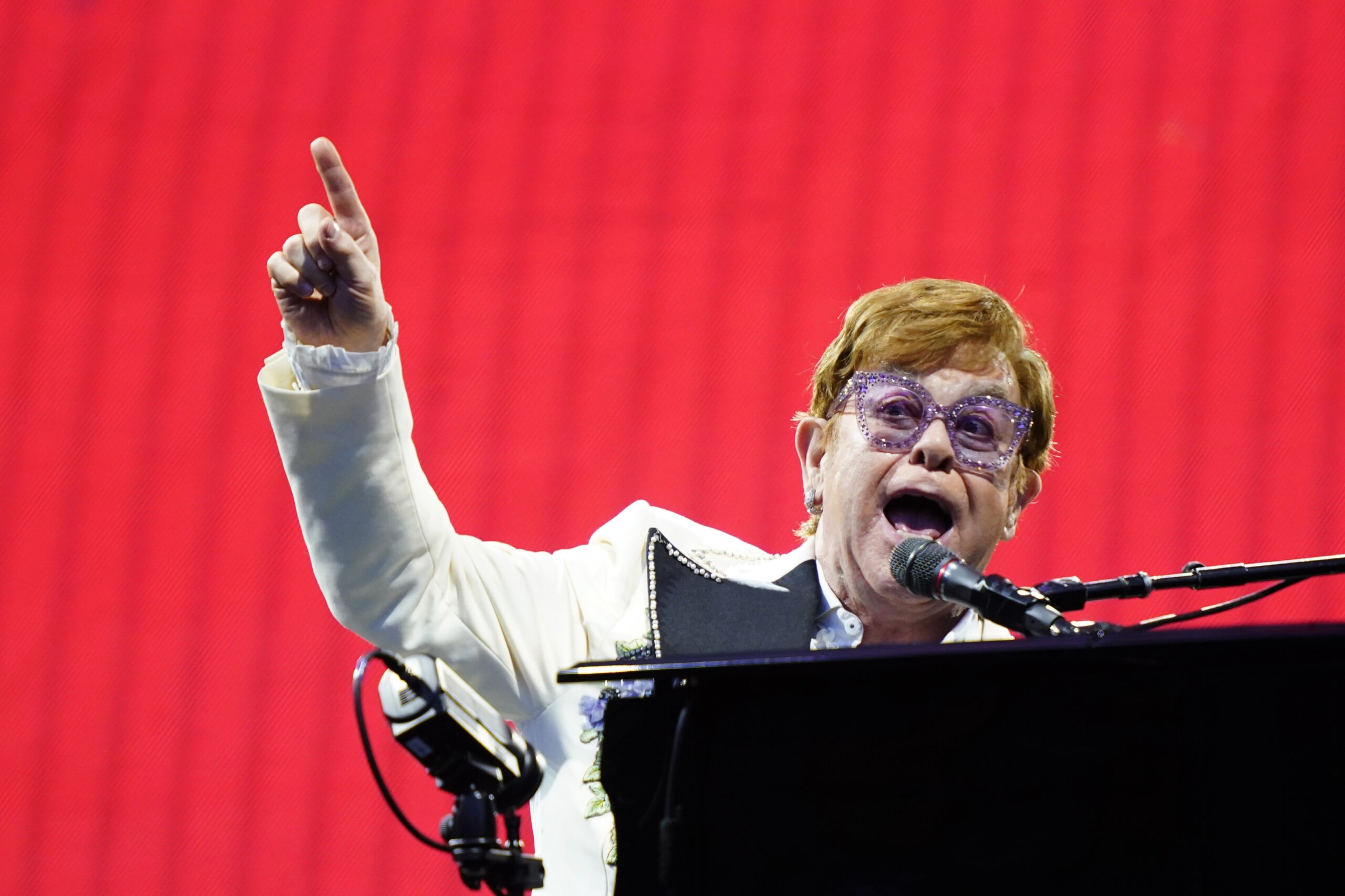 Elton John was all in on a plan to perform at the White House before the world-famous rockin’ piano player hangs it up — he says — for good.

WASHINGTON (AP) — Elton John was all in on a plan to perform at the White House before the world-famous rockin’ piano player hangs it up — he says — for good.

John was swinging by the South Lawn on Friday night for a show he’s calling “A Night When Hope and History Rhyme,” a reference to a poem by Irishman Seamus Heaney that President Joe Biden often quotes.

It will be John’s first White House gig since he performed with Stevie Wonder at a state dinner in 1998 honoring British Prime Minister Tony Blair. At age 75, John is on a farewell tour after performing for more than 50 years.

A giant open-air tent and stage were set up on the White House lawn for the show,. The 2,000-person guest list includes teachers, nurses, frontline workers and LGBTQ advocates, plus civil rights advocate Ruby Bridges and Jeanne White-Ginder, an AIDS activist and mother of Ryan White, who died from AIDs-related complications in 1990. The president was expected to give remarks.

“The president and the first lady will celebrate the vast contributions Sir Elton has made across his lifetime as an artist and advocate,” White House press secretary Karine Jean-Pierre said Friday.

The show came together after A+E Networks and the History Channel, which are footing the bill, asked the White House and John if they’d be up for a collaboration honoring “everyday history-makers” as well as John himself, according to people familiar with the discussions who spoke to the AP on condition of anonymity to discuss internal planning.

It’s not clear whether the show will be broadcast beyond the live performance, though eager viewers can tune into the White House livestream to catch the president’s remarks, at least. John has worked with A+E in the past on his global HIV/AIDS charity, the Elton John Foundation, which has raised more than $525 million to combat the virus around the world.

The History Channel is hosting a new episode of its series “HistoryTalks” in Washington on Saturday, and John will be in town playing Nationals Park as part of his final tour. He opened the final leg of his North American farewell series in Philadelphia in July.

The president and first lady are big fans. Biden wrote in a 2017 memoir about singing “Crocodile Rock” to his two young boys as he drove them to school, and again later to son Beau before he died of cancer at age 46.

“I started singing the lyrics to Beau, quietly, so just the two of us could hear it,” Biden wrote. “Beau didn’t open his eyes, but I could see through my own tears that he was smiling.”

Biden’s predecessor, Donald Trump, was also a fan of John. He tried to get John to perform at his 2017 inauguration but John declined, saying he didn’t think it was appropriate for a Brit to play at the swearing-in of an American president.

The White House insisted Friday’s show wasn’t an effort to troll Trump, who has praised John in his books and has often featured John’s music — including “Rocket Man” and “Tiny Dancer” — in his pre-rally playlists over the years. Trump nicknamed North Korean leader Kim Jong Un “rocket man” for his record of test-firing missiles.

Sir Elton — he was knighted in 1998 by Queen Elizabeth II — has sold over 300 million records worldwide, played over 4,000 shows in 80 countries and recorded one of the best-selling singles of all time, his 1997 reworking of “Candle In The Wind” to eulogize Princess Diana, which sold 33 million copies.