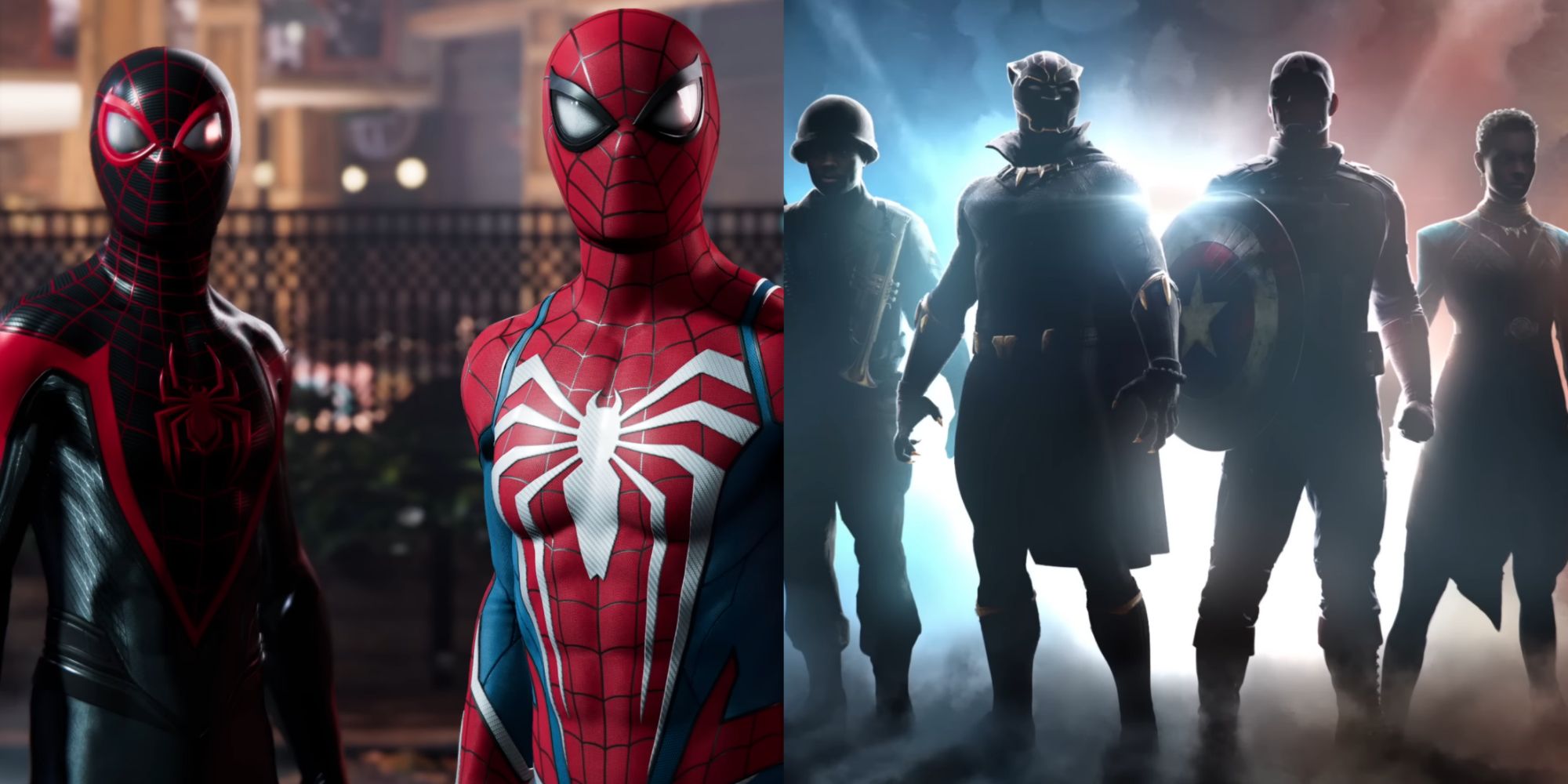 As much as fans love comic book movies, Marvel seems to translate to video games just as easily and there are a lot of games coming out from 2022 onward. From action games to strategy games to multiple mobile games, it would seem that Marvel is unafraid to tackle it all.

Many of the games set to release in the future have fans excited; there are highly-anticipated sequels, Marvel characters getting their first standalone games in over a decade, and even mystery titles that the fans know little about. It truly is a stellar time to be one of Marvel’s True Believers with the amount of content in all forms of media coming out.

Over two years since its launch, Marvel’s Avengers is still being continuously updated and patched with new content. They already surprised players in 2022 with Jane Foster AKA The Mighty Thor being added to the roster of heroes and recently announced that Bucky Barnes AKA The Winter Soldier is coming in the future.

RELATED: Every Hero In Marvel’s Avengers So Far, Ranked

With Crystal Dynamics under new management by Embracer Group instead of Square Enix, players are intrigued to see if content will come at a faster or slower rate. The Winter Soldier expansion does sound interesting with not only a new playable character but also a new Villain Sector, Omega-Level Threat Sector, and is said to continue the story of the Avengers fighting AIM.

Though mobile games are not everybody’s cup of tea, Marvel SNAP! seems like it will be a fun distraction on-the-go. It’s a new digital trading card strategy game in the same vein as Hearthstone or Kards. This time, it taps into the Marvel multiverse and allows players to collect many variants of famous heroes and villains.

Some cards can be universes seen in the comics, movies, and shows while others are created for the game such as an 8-Bit variant collection. If this appeals to any gamers out there, the game is releasing soon worldwide on October 21st, 2022 on both mobile and PC.

With this game, fans will be able to experience the darker supernatural side of the Marvel universe via characters such as Ghost Rider, Blade, Doctor Strange, and Magik as they align with many other iconic heroes. Marvel seems to be tackling any genre of game it can because Marvel’s Midnight Suns is embracing a tactical turn-based RPG style of gameplay.

RELATED: 10 Best Turn-Based Tactic GamesThis version of Midnight Suns will be focusing on the demon Lilith corrupting heroes and villains into her personal slaves. The players control a new original character known as The Hunter who can be customized and then make alliances with Marvel characters. It leans heavily into being more of an RPG with dialogue choices and building out a party that fits the player’s style.

At the Disney D23 Expo, Marvel Games revealed this new mobile game from Niantic Labs. No gameplay was shown, but that development team is enough to know that Marvel’s World Of Heroes will be a new augmented reality game in the same vein as Pokémon GO and Jurassic World: Alive.

In a Q&A with the developers, it was said that World Of Heroes will be more of an MMORPG with players able to create their own Marvel characters and go out into the world. It was also said that players will be able to traverse the multiverse as they play. As a result, World Of Heroes has the potential to become something more than a clone of Pokémon GO.

Though not officially confirmed, there have been numerous reports of a new Marvel game in development from Motive: the same team behind Star Wars Squadrons and the new Dead Space remake. Though EA has gained a poor reputation, they have been doing well in letting the developers do their job, as shown with Respawn Entertainment and Star Wars Jedi: Fallen Order.

In terms of what Marvel property EA and Motive will be taking on, the game is a mystery at the moment. Some fans hope that it is a reboot of EA’s Marvel Nemesis: Rise Of The Imperfects, which is a superhero game in dire need of a remake, but others assume it could be the rumored Iron Man game.

RELATED: 10 Teased Plot Threads From The Previous Games That Could Be In Marvel’s Spider-Man 2

However, to build even more anticipation, Insomniac revealed another character in the trailer: Venom, who was already teased in the two previous games. He will likely be a stand-out boss, if not the final boss of the game, and is already confirmed to be played by horror legend Tony Todd. The official release date has not been unveiled yet, but it is speculated to be released in 2023.

On the same day that Insomniac revealed Marvel’s Spider-Man 2, they also shocked fans by the reveal of another game that will expand their unique Marvel universe. Marvel’s Wolverine is their next big project and considering that one of the most beloved Marvel games of the past was X-Men Origins: Wolverine, fans are more than excited to see how Insomniac brings the character to life.

When is Marvel’s Wolverine coming out? How different will Wolverine be from Spider-Man? Who will voice and/or mobcap him? What villains will he be fighting? Will it take place in another open-world city or in the wilderness? Sadly, the only thing fans know at this point is that a Wolverine game is coming in the same universe as the Spider-Man games.

Amy Hennig (who worked on the Uncharted franchise) revealed in the past that she and a new team of game development veterans would be working on a new Marvel game as the new team Skydance Media. Fans heavily speculated everything from Doctor Strange to Fantastic Four, but nobody came close to what was actually unveiled at Disney D23.

Skydance’s untitled game will focus on Azzuri AKA Black Panther (T’Challa’s grandfather) meeting Steve Rogers AKA Captain America during World War II. This is already an interesting premise and selection of characters to play as, but it was also revealed that players will also control Nanali of the Dora Milaje and Gabriel Jones of the Howling Commandos. So far, all fans have to work with is a cinematic trailer that confirms that the four heroes will fight Hydra, but no details on what kind of game it is. It doesn’t even have a title to go with the trailer.

Next: 10 Best Video Games To Play This Month