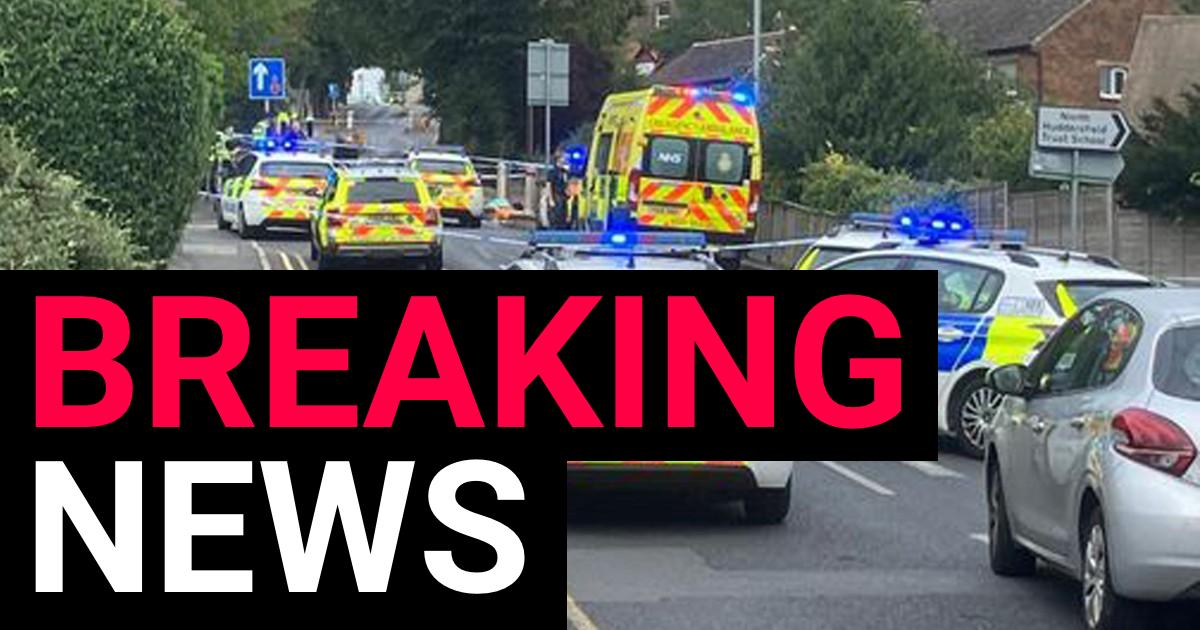 A murder investigation has been launched after a teenager was stabbed to death outside a school in Huddersfield.

Local parents have claimed the boy, 15, was ‘pinned to the floor and knifed repeatedly’ close to the entrance of North Huddersfield Trust School.

He was treated at the scene following the brutal attack at 2.54pm on Wednesday.

Medics rushed him to Leeds General Infirmary for emergency surgery but he died a short time later.

An investigation is underway to probe the circumstances of the tragedy.

One dad told YorkshireLive his son had seen some of ‘the scary moment’.

A teacher answered his son’s phone when he called to check if he was ok after hearing rumours of an assault.

‘I was asked by staff to come and collect him. I’ve heard that it all came out of nowhere. This pupil was grabbed, pinned to the floor and stabbed repeatedly’, he said.

Another dad who has a daughter at the school claimed someone ‘jumped out on a pupil and stabbed him and ran off’.

He added: ‘She [his daughter] saw the scuffle but didn’t see the knife or blood. The bus had just pulled up as it happened so blocked some of the incident.

‘She seems OK but still processing it I think. It’s only her third week or so at this new school.’

A number of cordons are in place on Woodhouse Hill going up to Deighton this evening.

Senior Investigating Officer from West Yorkshire Police, Detective Superintendent Marc Bowes said: ‘Our investigation is still at a very early stage, and we will be carrying out extensive enquiries to establish the full circumstances surrounding this incident that has resulted in the absolutely senseless loss of a young life.

‘We recognise that an incident of this nature will cause understandable shock and concern in the community, and we are working closely alongside our colleagues at Kirklees District who are increasing their presence in the area to reassure people and keep them updated as our investigation progresses.

‘We have already identified a number of witnesses to the incident itself but would still like to hear from anyone who has any information that could assist the investigation.’