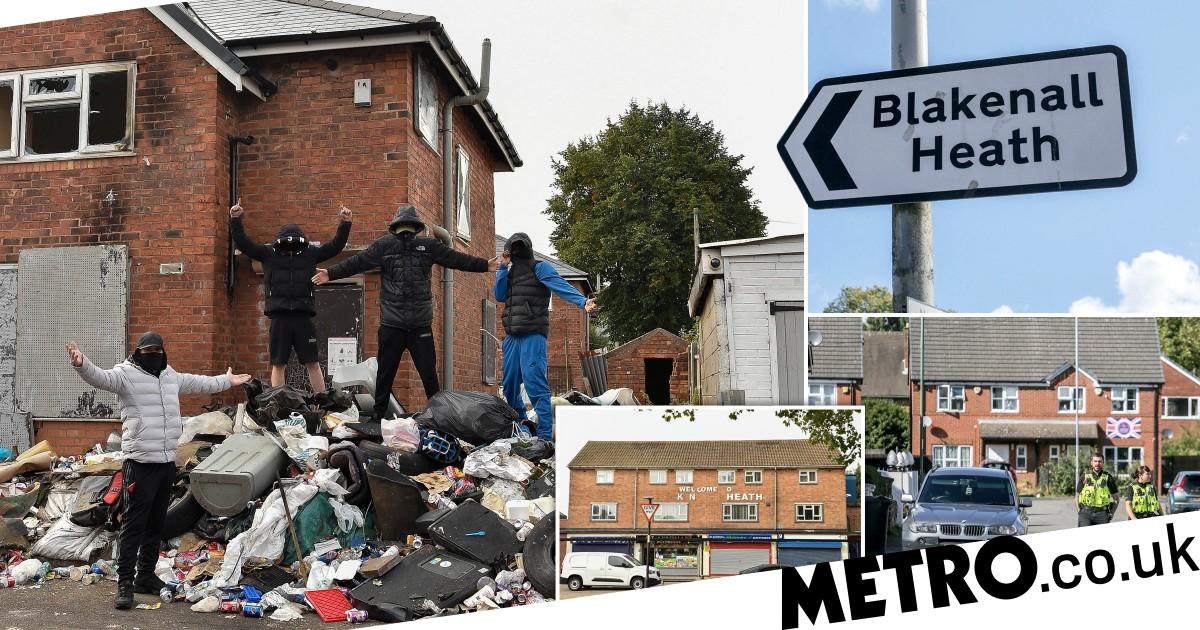 Residents of a West Midlands suburb claim they are living in fear on one of ‘Britain’s roughest estates’, where children as young as ten rip live pigeons apart.

Blakenall, in Walsall, West Midlands, has been compared to ‘war-torn Ukraine’ with the area seemingly falling into a state of disrepair and ‘lawlessness’ over the last two years.

Locals are now demanding action, saying they are too scared to leave their homes as anti-social and violent behaviour escalates.

Terrified residents say they have been left in fear after arson attacks, fly-tipping, thefts, assaults and vandalism have plagued the estate.

A live pigeon was allegedly torn to pieces in front of horrified staff and customers outside of a shop.

Independent Blakenall ward councillor Pete Smith said: ‘Empty houses are being trashed and set on fire, rubbish is being dumped and its something from war-torn Ukraine.

‘I’m told kids as young as eight or nine have been involved with teenagers aged up to 14 to 17.

‘There was also this poor pigeon that had its head ripped off outside a shop before they pulled its wings off and ripped it to pieces.’

Another apparent incident saw a housefire which left a mum and her children too scared to return.

Buses, taxis and cars are said to be routinely attacked, with one delivery driver hospitalised by a thrown bottle.

Residents have blamed the pandemic, saying it made the estate ‘lawless’, with rubbish dumped everywhere and rats invading people’s kitchens.

One local, who asked not to be named, said: ‘The place has just rapidly declined into almost a state of lawlessness since the pandemic.

‘Before that we did have issues but not to the scale we are seeing now. It’s like a war-zone out there at times.

‘People are saying it’s the roughest estate in Britain and I’m not sure I could argue with that.

‘But these kids will wear that like a badge of honour.

‘It’s only a matter of time before somebody gets killed around here. There are fights on a daily basis.’

Kids in Blakenall are said to subject shop-workers to racial abuse on a daily basis, stealing eggs from stores to throw back at their windows.

And one mum-of-seven said police are chased out of town by thugs wielding bricks.

West Midlands Police have confirmed they are stepping up patrols and using dispersal orders to try and control the issues.

Inspector Phil Upton said: ‘We are aware of growing concern around instances of appalling behaviour by a small minority of young people in the Blakenall area.

‘We understand how upsetting and worrying this can be and we have bee carrying out extra patrols in the area to discourage further incidents and help with our on-going enquiries.

‘We have also been using dispersal orders in the area to remove and deter those identified as responsible.’