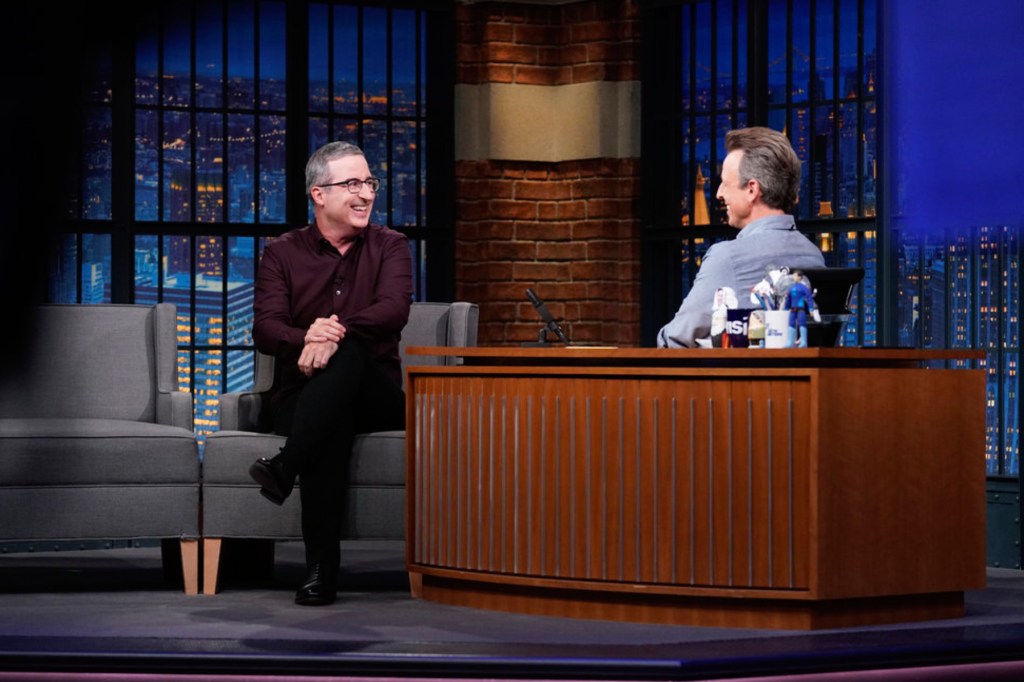 Last Week Tonight host gamely responded to a U.K. TV provider’s decision to cut a quip about the “shocking death of a 96-year-old woman from natural causes”

John Oliver is hilariously perplexed by a U.K. TV service provider’s decision to censor what he barely considered a joke about the death of Queen Elizabeth II on a recent episode of Last Week Tonight.

Sky, the provider that carries Last Week Tonight in the U.K., decided to remove Oliver’s supposedly offensive quip about “the shocking death of a 96-year-old woman from natural causes.” Sky also cut a short bit about corporate responses to the Queen’s death on social media, and only included a mention of the Queen’s death as a segue to a segment on new Prime Minister Liz Truss.

During an interview with Seth Meyers on Late Night Monday, Oliver insisted that his line about Queen Elizabeth dying from natural causes “barely had the properties” of a joke, though he couldn’t help from giggling as he repeated it.

“It’s literally not a joke,” he insisted. “Scientifically, that’s not a joke. That’s just a fact — with a kind of dickish inflection.”

Oliver also criticized Sky’s decision to censor the joke by cracking, “All we’ve heard all week is the Queen had an incredible sense of humor. Just nonstop, ‘Oh she was so funny! She was razor sharp. She dreamt of going to the Del Close Marathon. Big comedy fan.’”

Before responding to Sky’s censorship whims, Oliver did get to throw out some more actual jokes about Britain’s “very weird… 10 days of forced mourning.” He also spoke about the time he turned down an Order of the British Empire honor, cracking, “It’s a loaded — O.B.E., the ‘B.E.’ part of that is a hell of a thing to want after your surname.”