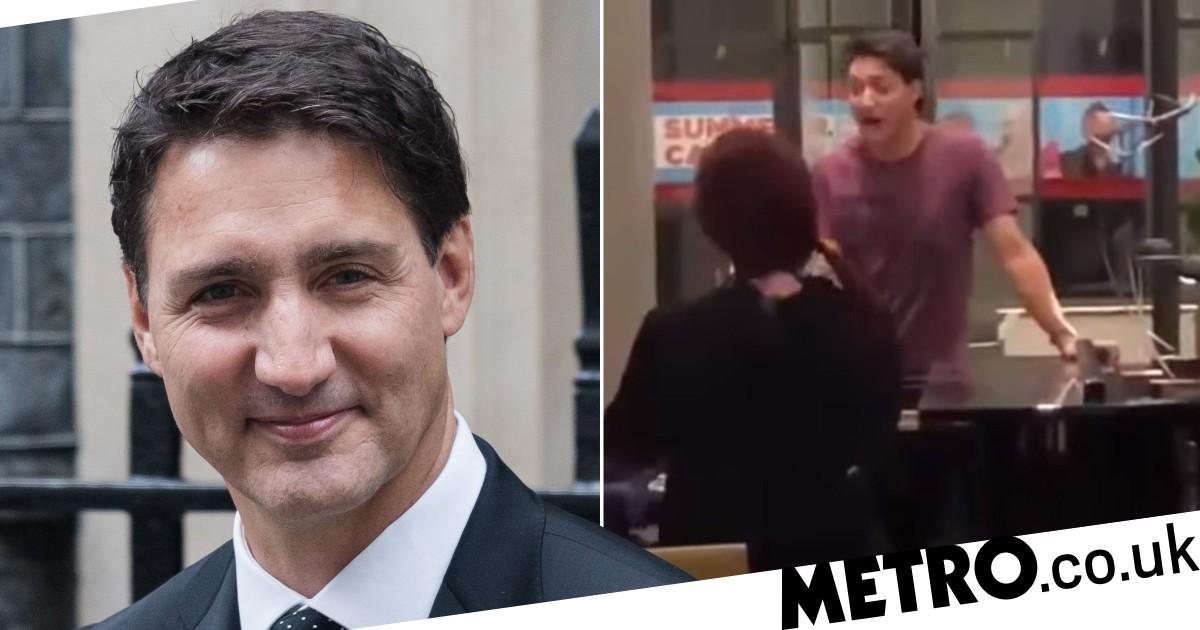 Justin Trudeau’s team has hit back at critics after a video emerged of him singing Bohemian Rhapsody while on a visit to London for Queen Elizabeth II’s funeral.

The Canadian prime minister belted out a rendition of the famous Queen tune two days before the state service at Westminster Abbey.

The sing-along at The Corinthia Hotel appeared harmless to many – but the PM soon faced claims that he’d behaved inappropriately during Britain’s mourning period.

‘Embarrassing doesn’t even begin to describe it. Yes, people sometimes need to let off steam. No, there’s no evidence he was drunk’, Andrew Coyne, a columnist with the Globe and Mail, wrote on Twitter.

‘But come on – he’s the Prime Minister, in a public place, on the eve of the Queen’s funeral. And this is how he behaves?’

Writer Keean Bexte added: ‘It isn’t a deep fake, but rather one of the most embarrassing Trudeau moments to date.’

Vivian Bercovici, a former Canadian ambassador to Israel, wrote: ‘He is the Canadian prime minister representing Canada at a week of mourning for the Queen. Our head of state. This isn’t about Justin. But he should grow up.’

But others slammed the ‘manufactured outrage’, saying they couldn’t see what the fuss was about.

Toronto Sun journalist Brian Lilley added that the PM had sang ‘a little Queen….for the Queen…’

‘I actually love a good piano bar. Haven’t gone to one since before COVID, this reminds me I should check one out near me’, he put.

Musician Mr Charles later told the Globe and Mail newspaper that the evening reminded him of Caribbean funerals, ‘blending sombre moments of respect with ones celebrating life and sharing stories’.

After being forced to address the video, a spokesperson for Mr Trudeau pointed out he had ‘taken part in various activities’ to pay his respects to Britain’s late monarch while in England.

‘After dinner on Saturday, [the] prime minister joined a small gathering with members of the Canadian delegation, who have come together to pay tribute to the life and service of Her Majesty’, they added.

‘Gregory Charles, a renowned musician from Quebec and Order of Canada recipient, played piano in the hotel lobby which resulted in some members of the delegation including the prime minister joining.’

Mr Trudeau previously paid tribute to Her Majesty, saying she was ‘one of my favourite people in the world’.