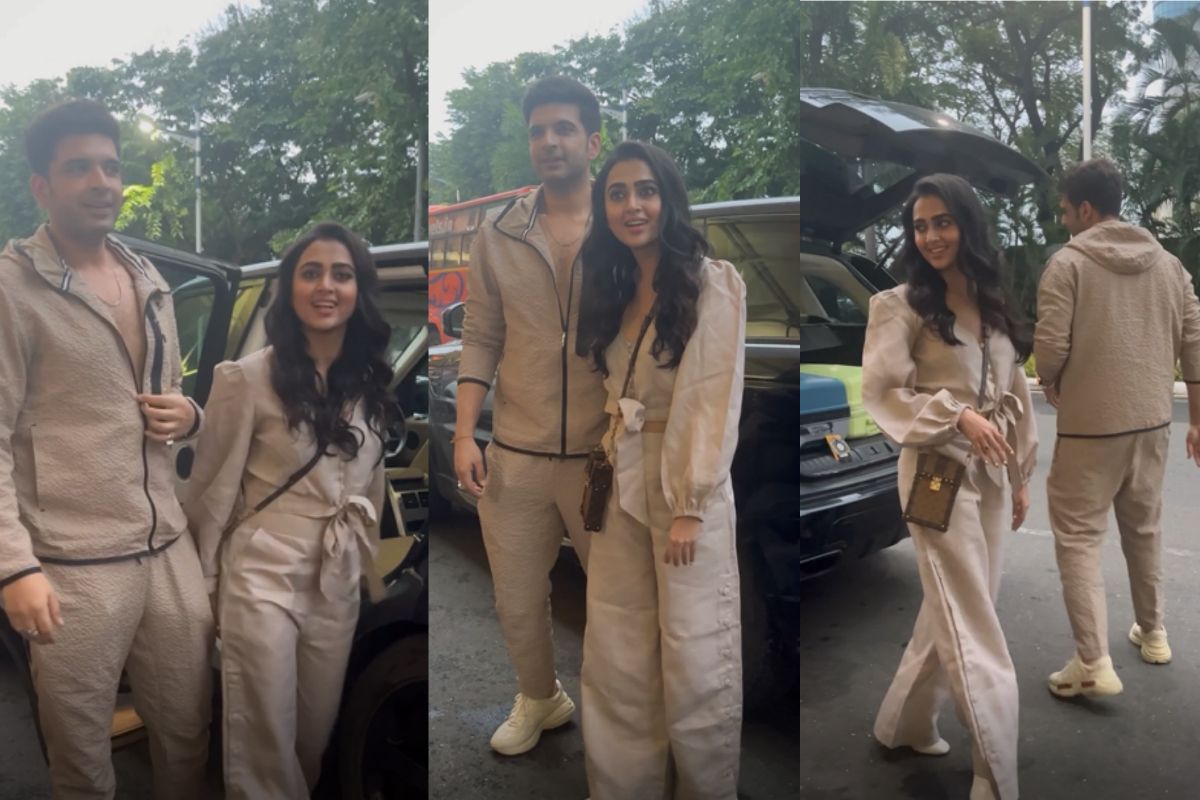 Karan Tejasswi Viral Video: Actors Karan Kundrra and Tejasswi Prakash are one of the most popular couples in the TV industry. The adorable duo met and fell in love inside the Bigg Boss 15 house. Karan and Tejasswi never fail to make waves with their PDA. The couple profoundly referred to as TejRan by their fans, enjoy a massive fan following.  Their latest video from the airport has TejRan fans go weak in the knees. Karan Kundrra and Tejasswi Prakash were spotted at the airport in a matching beige outfits. The two were spotted taking their luggage out of the car as paps joke with them about marriage glow.Also Read – Naagin 6, September 18, Written Episode: Sheshnaagin’s Daughter Reaches Naagmahal, Prathna Meets Tara

While Tejasswi looked gorgeous in a beige top with balloon sleeves and pants, Karan opted for a comfy look in a beige jacket and trousers. Tejasswi also carried a Louis Vuitton sling. She kept her hair open in soft curls. The paps teased TejRan about the wedding glow, Karan jokingly responded, “Aaj good news trend kar raha hai.” Following this Tejasswi gives a smile. Karan, then informs his ladylove that she forgot her phone inside the car and she rushes to the other side to get it. Also Read – Tejasswi Prakash Shares Mushy Picture With Beau Karan Kundrra, TejRan Fans Call it ‘Eighth Wonder’

The video garnered immense love in no time. TejRan fans dropped laughing emojis for their funny interactions and wrote, “Teju forgot her phone and bag in the car.”One of the users wrote, “TejRan always glowing.” Another user wrote, “Happy to see them after so long.” Another user requested TejRan to get married in the comment section. Others also wished to see the couple married.

Watch this space for more updates on Karan and Tejasswi!