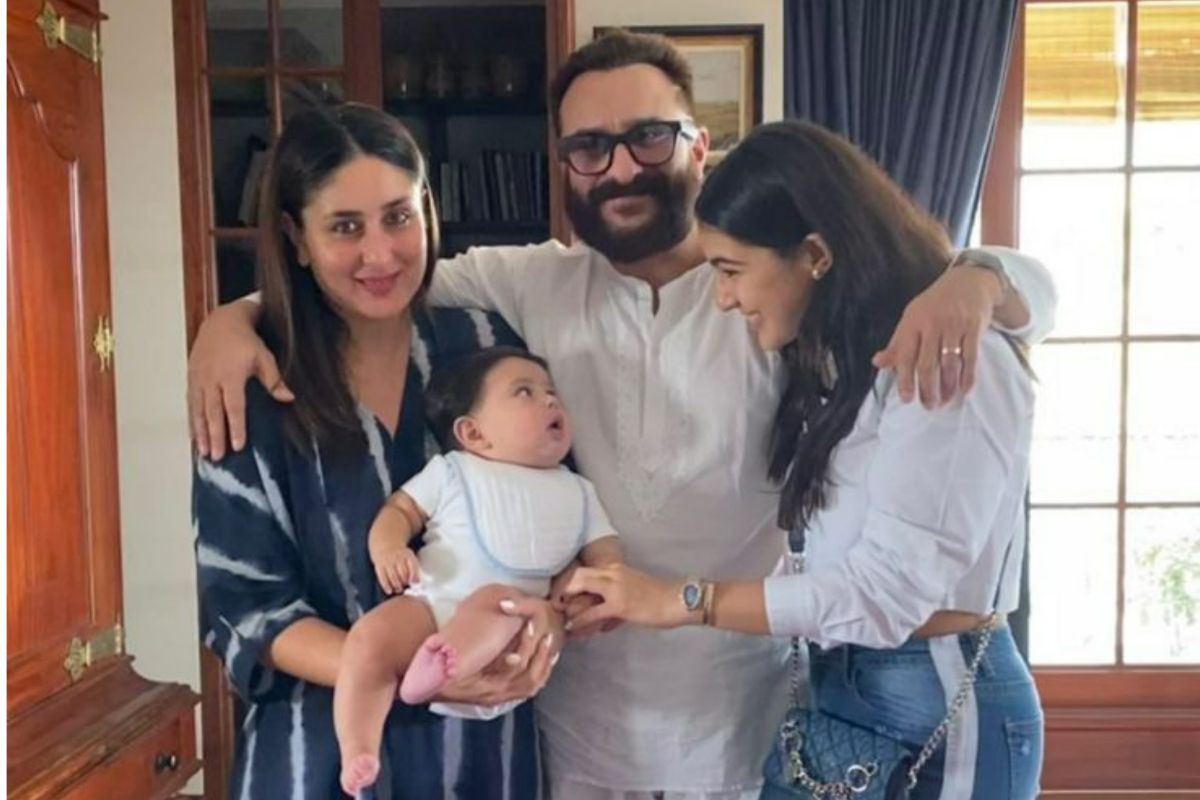 Sara Ali Khan shared a throwback picture from his abba’s birthday on her Instagram stories. In the picture, Saif and Kareena pose for the camera while Chaka Chak girl is looking at her baby brother Jeh. She wrote, “Happiest Birthday @KareenaKapoorKhan, WISHING YOU ALL THE LOVE, LUCK, LAUGHTER, HAPPINESS AND CAKE TODAY!! HOPE YOU HAVE THE BEST YEAR AHEAD.” Also Read – Happy Birthday Bebo: 6 Times Kareena Kapoor Khan Broke Stereotypes

Sara Ali Khan and Ibrahim get along well with Kareena Kapoor, and they both like the actress and her kids, Taimur Ali Khan and Jeh. Atrangi Re actress opened up about her equation with Bebo and said, “As far as our personal equation is concerned, I was clear from the beginning that anyone who makes my father happy – not specifically Kareena – makes me happy. Anyone, he loves, I love. I don’t need to know who that person is. It’s about my father. Having said that, Kareena and I became friends and have a healthy equation regardless of the fact that we’ve conducted ourselves with dignity. It’s also easy for me to love and accept Kareena because I have a mom, who makes me feel everything’s fine.”