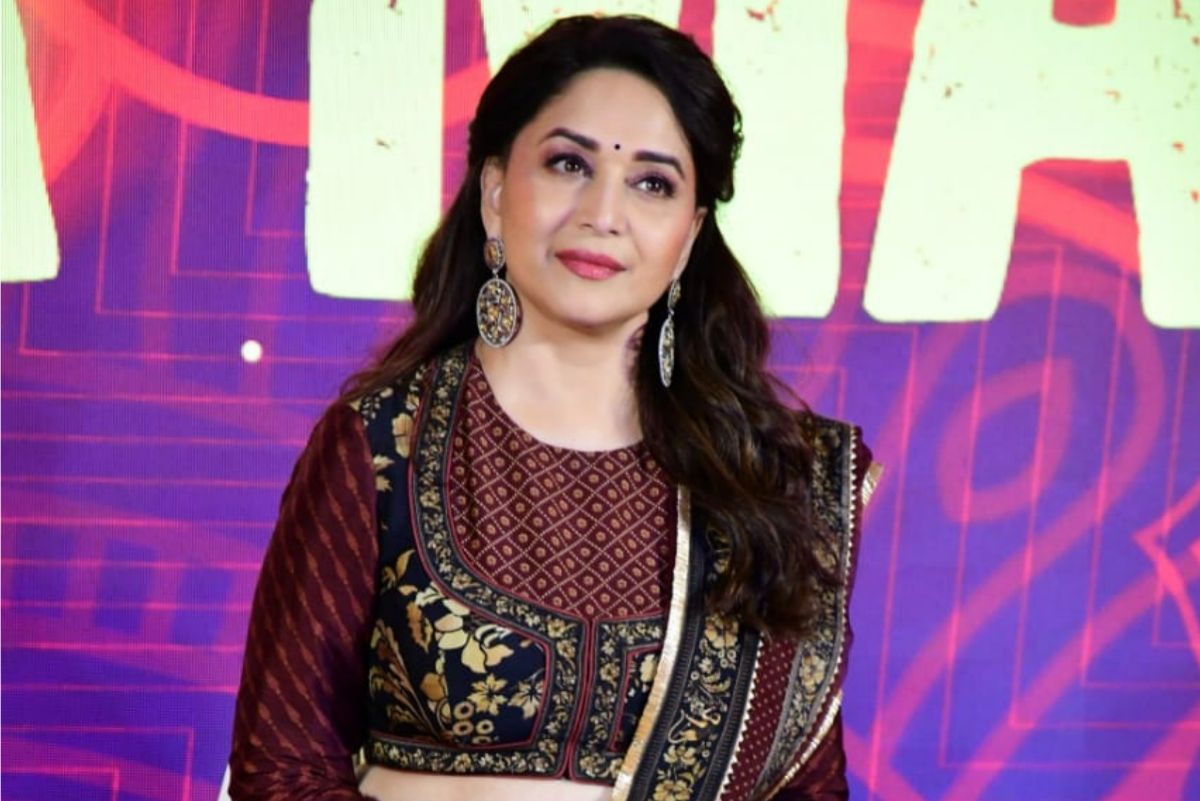 Madhuri Dixit on Maja Ma: Madhuri Dixit believes her female contemporaries are getting characters which let them stay true to their age, while the heroes are still “needed to do song and dance”. Madhuri, the star of blockbuster hits such as Tezaab, Beta, Saajan, Khalnayak, Hum Aapke Hain Koun…! and Dil To Pagal Hai, said mainstream cinema demand heroes to look young and continue with the tropes of commercial movies.Also Read – Jhalak Dikhla Jaa 10: Madhuri Dixit Gets Emotional as Shilpa Shinde Breaks Down While Talking About Her Family

“I cannot blame the heroes because the kind of commercial films that are made, they are needed to do a song, dance and all. So, they are always looking for something that keeps them young, which is not bad,” Madhuri Dixit said in a group interview in Mumbai. Also Read – Jhalak Dikhhla Jaa 10: Nora Fatehi, Karan Johar, Madhuri Dixit Start Shooting With Host Maniesh Paul, Photos From Set Go Viral

Most of her colleagues from the ’90s including Salman Khan, Shah Rukh Khan, Ajay Devgn and Akshay Kumar are still playing romantic roles on screen. On the other hand, her female colleagues such as Juhi Chawla and Raveena Tandon have branched out to more character-driven stories. Also Read – Viral Video: Korean Students Dance to Madhuri Dixit Song Ghagra, Desi Netizens Are Proud. Watch

Dixit said she feels happy and proud that women in the movies are able to stay true to their age. “As a woman, I think that what I am doing or Juhi or Raveena or any of us is doing is wonderful, because we are going forward in life and are true to ourselves on screen as well,” she added.

MADHURI DIXIT: FILMMAKER DIDN’T KNOW WHAT TO DO WITH WOMEN OF HER AGE GROUP

The 55-year-old star, who plays a role of a mother in her upcoming Amazon Original movie Maja Ma, said the influx of digital platforms has given confidence to storytellers to write complex roles for women. “I think they (Hindi filmmakers) didn’t know what to do with women in this age group. Because of OTT and the kind of stories that are being told, there are no commercial constraints to make a film a hit. Commercial films are changing as well, look at films like Badhaai Ho where a woman is a protagonist, she was not like a 16-year-old girl running around trees, stories are maturing, the audience is maturing, storytelling is maturing,” she said.

The actor is delighted to be busy in this phase of her career and has bagged some great roles recently including Netflix’s show The Fame Game and Maja Ma. “I am fortunate I’m getting these many roles and I am enjoying it,” Dixit added. In Maja Ma, the actor plays the role of Pallavi Patel, a woman who is the backbone of her middle-class family.

— except for the headline, the story is taken from PTI