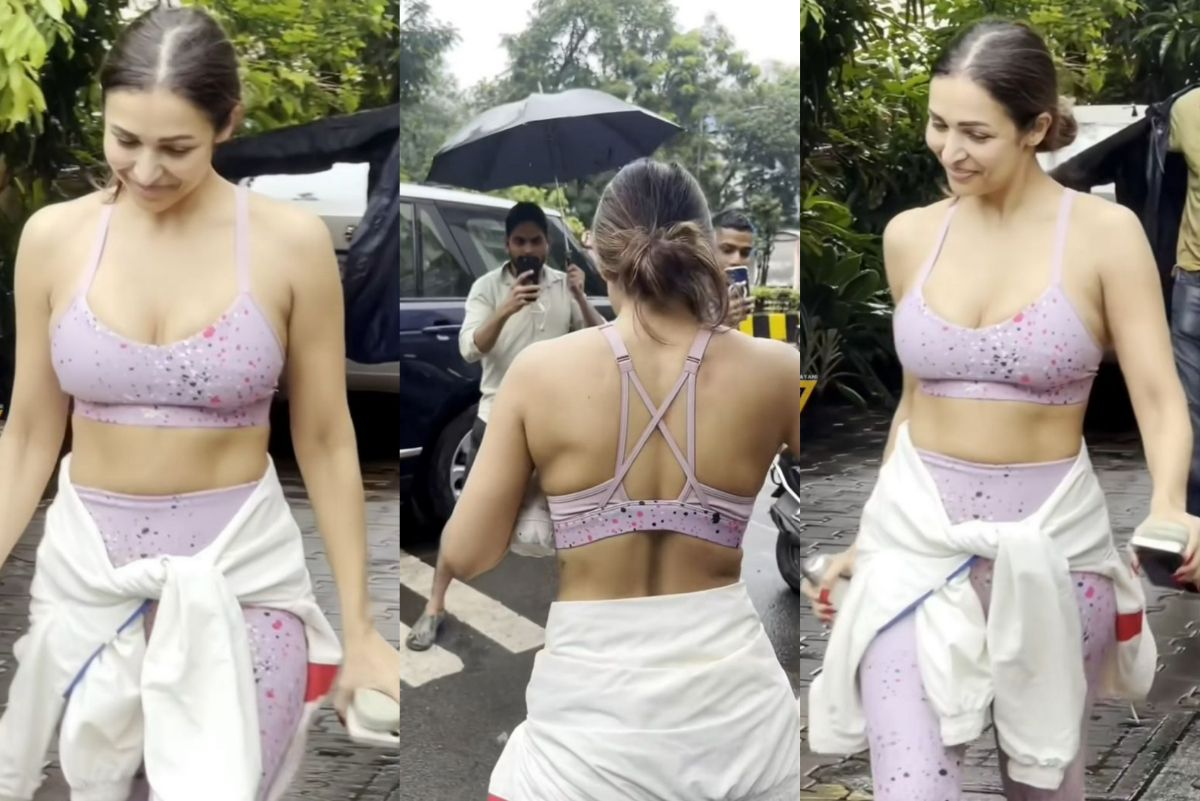 Malaika Arora Viral Video: Fitness enthusiast Malaika Arora manages to look hot every time she steps out to the gym. The actor’s social media is an inspiration to those looking for motivation to start their intense workout. Malaika incorporates a variety of exercises into her daily routine and is frequently spotted exercising outside of the gym, showing that she adheres to her fitness plan consistently. On Monday morning, she was spotted in her hot athleisure outside of a gym yet again!Also Read – Malaika Arora Wears Rs 3.6 Lakh Yellow Mimosa Plunging Neckline Dress at Filmfare Awards 2022 – See Hot Pics

Malaika Arora donned a sexy lilac speckle strappy bra and matching tights as she walked out of the gym. She wore a white jacket around her waist and tied her hair in a messy bun. Malaika was seen walking effortlessly while wearing heavy ankle weights. The dancing queen carried her water bottle in one hand and phone in another as she walked toward her car. Also Read – Malaika Arora Flaunts Stretch Marks And Promotes Body Positivity in Latest Selfie, See Pic

The video went viral in no time and garnered immense admiration from her fans. They dropped heart and heart-eye emojis for Malaika Arora. One of the users wrote, “She looks without makeup too.” Others called her hot in the comment section. Several users trolled her for always being spotted outside the gym. A user dropped a comment asking, ” Why is she always at the gym.”

Watch this space for updates on Malaika Arora!