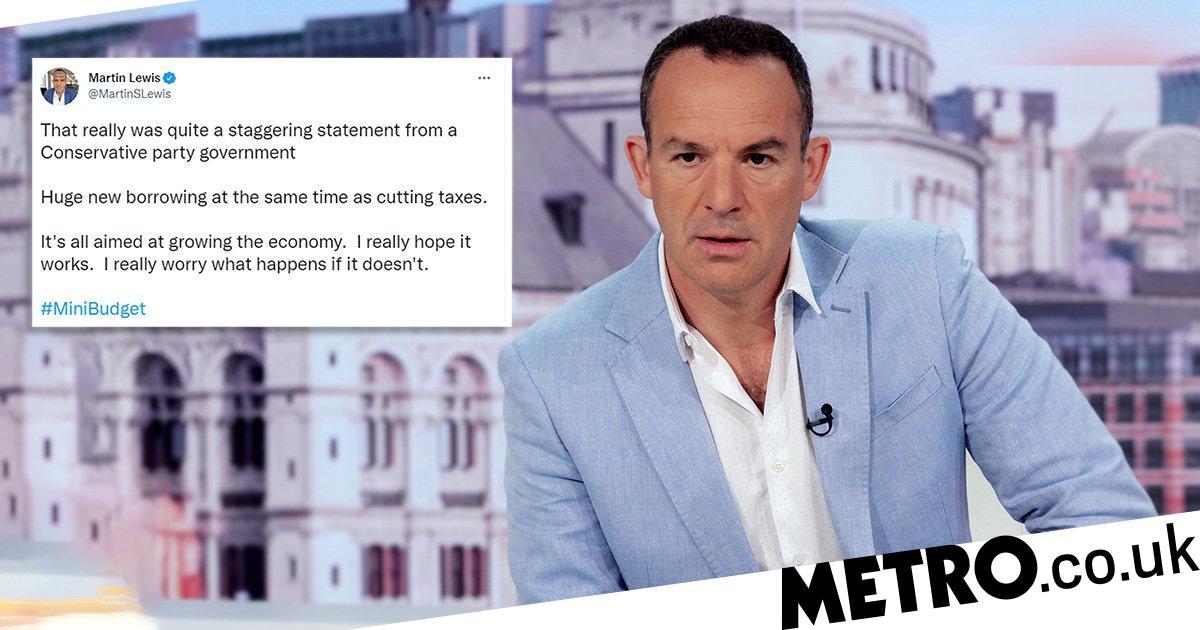 He said this morning: ‘That really was quite a staggering statement from a Conservative party government

‘Huge new borrowing at the same time as cutting taxes.

‘It’s all aimed at growing the economy. I really hope it works. I really worry what happens if it doesn’t.’

It comes after Chancellor Kwasi Kwarteng announced a line of new measures in a mini-budget meeting this morning.

Mr Kwarteng said household energy bills would be frozen at £2,500 and a cap on bankers’ bonuses would be lifted, among other measures.

He also announced stamp duty would be slashed, and that a rise in the price of wine and beer would be axed.

In this morning’s speech, Mr Kwarteng also announced a cap on bonuses in the finance industry.

The cap, introduced by the European Union in the wake of the 2008 financial crash, curbs bankers’ annual payouts to twice their salary.

The end of the measure was confirmed as part of Mr Kwarteng’s so-called mini-budget aimed at bouncing back from the cost of living crisis through ‘growth-focused’ policies.

Under new Government proposals, huge areas of England could be bolstered against the economic crisis with new ‘low-tax zones’.

Talks will be held with dozens of local authorities to set up the dedicated areas.

Potential investment zones include the likes of Blackpool, Cornwall, Hull, Leicestershire and Stoke-on-Trent.

The government has announced it will cut stamp duty, raising the possibility of house prices being pushed even higher in the short term.

Chancellor Kwasi Kwarteng set out his stall in his first ‘mini-budget’ after taking the great office of state this morning, saying we were ‘at the beginning of a new era’.

He said he was focused on growth, and wanted to ‘support families to own their own home’.

To help this, he said he would double the threshold where home buyers started to pay stamp duty to mean there would be none on the first £250,000 of the property.