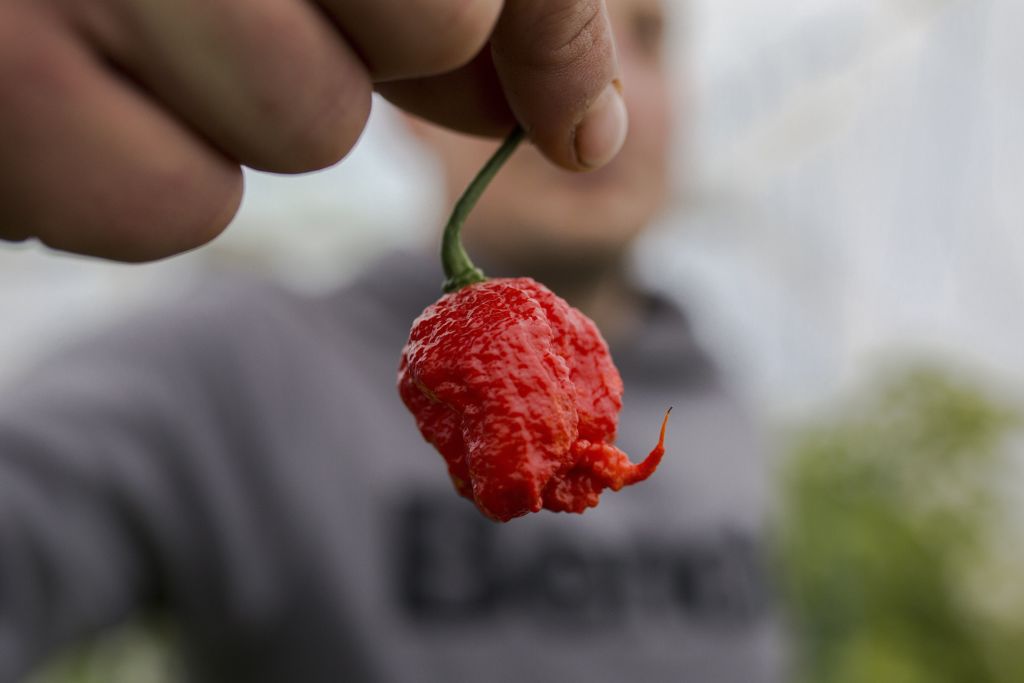 Experts are warning social media users of a new TikTok trend going viral, where participants endure the incredibly spicy “One Chip Challenge,” which packs such a punch that it’s sending people to the hospital.

The challenge is an ongoing dare put forth by Paqui, the flavored tortilla chip company behind the viral trend.

New “One Chip Challenge” Features Carolina Reaper, Long Considered To Be The Hottest Pepper In The World

This year’s “One Chip Challenge” features the notorious Carolina Reaper Chip, long considered to be the hottest pepper in the world at 1,641,183 Scoville units.

Participants are supposed to eat the entire chip and wait and long as possible before drinking or eating anything that would help quell the fiery taste, and post the reaction online.

However, health officials and medical experts are calling the trend possibly dangerous after it sent many to the hospital – including children – in excruciating pain.

One TikToker, @angela_b157, posted a now-viral video showing her niece hospitalized after participating in the challenge, which has garnered nearly 11 million views as of Tuesday.

In one follow-up video, the girl can be seen being encouraged and egged on by family members to eat the chip.

“Oh no,” the girl says after taking one bite as she immediately stands up. “Chew it!” someone else is heard shouting in the background. “Fifty bucks. Do the rest,” another yells out.

The girl, who was not identified, can then be seen stomping her feet and shaking her hands as she convulses in pain from the diabolically hot tortilla chip.

“It’s not that bad,” the girl eventually responds, but the burn continued to increase as time went on.

In another video, the girl explains that she had been bet $50 by a family member to eat the chip. While at first she says it’s “not that bad”, the burn continued to increase.

The girl was ultimately taken to a nearby hospital, where she was prescribed several different medications.

Even with the medicine, it still took hours to alleviate her stomach pain.

States, School Districts Across The Country Warning Against Harmful “One Chip Challenge”

Now, states and districts across the country are warning parents of the dangerous challenge.

there’s a new one chip challenge, do I do it again? pic.twitter.com/cfb4CS1dNN

California, Alabama and Texas have all already reported hospitalizations caused by the chip challenge.

Meanwhile, school districts in states from Georgia to Colorado have warned parents about the troubling trend, prompted by several students missing class due to the viral challenge.

KBTX reports that one student in Texas even had a seizure and lost consciousness in the classroom.

Georgia Poison Control Center’s Dr. Gaylord Lopez has similarly warned parents against allowing their kids to consume the chip, claiming it can cause serious harm.