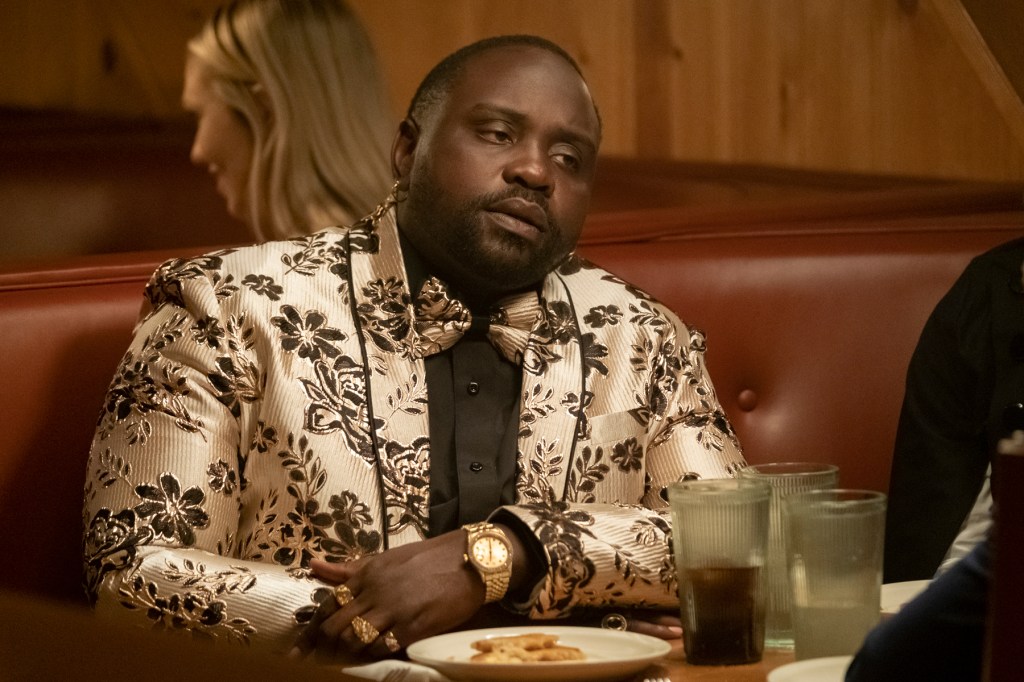 A review of this week’s Atlanta, “Born to Die,” coming up just as soon as I’m Ice Cube’s best friend in Are There Yet 5…

The funny thing about Paper Boi’s rise to fame on this show is that it all happened in between episodes and/or seasons. The premiere shows Earn bribing someone to play Al’s music on the radio, and we see a handful of other low-level promotional appearances in that first season, but that’s about as much effort as Donald Glover and company put into Al’s career. By late in Season One, Al was enough of a low-level celebrity to appear on the talk show in “B.A.N.” When we returned for Season Two, he was already popular enough that Earn’s amateurish management was becoming a problem. And by Season Three, he was headlining his own European tour, recognizable everywhere.

So, no, Atlanta has never demonstrated much interest in the rags-to-riches part of Al’s story. What it has been eager to discuss, however, is what comes next, especially regarding legacy. “Teddy Perkins” was all about the latter part. So was Al’s Amsterdam drug trip in last season’s “New Jazz.” Al’s subplot in this season’s premiere involved him realizing, via the unheralded death of his hero Bluebood, how fleeting this all can be. And now both of the stories in “Born to Die” deal in different ways with what happens after a Black performer has achieved fame and fortune.

In the A-story, Al is coming off a private appearance at a rich kid’s bar mitzvah when another wealthy white guest offers to hire him to teach his aspiring rapper son Benny how to be more like Paper Boi. Al is disgusted by the whole thing, but a lucrative gig is a lucrative gig, and the way Brian Tyree Henry mutters “Fuck!” when the dad offers him a million dollars is a thing of beauty. It turns out to be money for nothing. Paper Boi is already old news to a teen like Benny, who already seems to have the music scene wired on both local and social media levels. But meeting Benny in turn links up Al with a peer in Bunk (Charles Malik Whitfield), who has his own white rapper cross to bear in Lil Rick Moranis. Bunk invites Al to a meeting for a mysterious group called “YWA.” The acronym turns out to stand for “Young White Avatar” — the theory being that every Black rapper has an incredibly short shelf life, and the only way to stay rich and relevant is to become the power behind the throne of a white kid who’s much less talented but much more marketable.

This strikes Al as ludicrous — but then, when is the last time Ludacris released a new album? As the YWA’s leader forcefully argues, for most Black rappers, the most optimistic career arc involves a pivot into family-friendly movie acting at some point. Al owns his own master recordings, but how much will that matter if future generations bring millions of new Bennys who don’t care in the slightest about Paper Boi? Al tries to get on board before discovering that Bunk has snaked Benny out from under him, but makes a whole lotta lemonade out of the seeming lemon that is Benny’s pal The Yodel Kid, who goes platinum in the space of three weeks with Al’s backing.

The whole thing feels exaggerated, but only slightly. This dynamic goes back a long, long way. Elvis Presley became a global icon while most of the Black blues musicians who inspired him faded into obscurity. In the early years of hip-hop, the record industry was so desperate for a white savior that Vanilla Ice was briefly allowed to become a thing. The Yodel Kid achieves his own darkly comic form of immortality: He dies of an overdose on the day of the Grammys, but he wins a posthumous award and his wife thanks everyone who is playing his music out on the streets today.

The slighter, stranger, and more amusing of the two plots follows Earn to his new job as one guy in a larger management company. Working at an office allows him to make more money and not be solely dependent on his cousin as a meal ticket. But it also means he sometimes has to take on clients he doesn’t want, like the racist Karen — who became infamous for a viral Ring cam video of her pulling a gun on a Black package deliveryman — attempting to promote a book titled Was I Wrong? To get out of this mortifying assignment, Earn offers to try to sign D’Angelo, trusting that his friendship with the singer’s hair braider can get him a meeting.

That is… not quite what happens. Instead, we are quickly back in the more surreal corner of Atlanta. Earn winds up behind a local Rally’s franchise(*), where next to the doors for the men’s and women’s bathrooms is a door that simply says “D’Angelo.” It leads to a spartan, prison-like cinderblock room with a flimsy mattress(**), a bucket, and a silent man sitting on a chair guarding a vault door. With no instructions, and no option than to go back to the office to work on Was I Wrong?, Earn sits down and starts making like Steve McQueen in The Great Escape, bouncing a ball against the wall and waiting for his confinement to end.

(*) For the record, Earn was right to be suspicious, as there are no Rally’s locations in Georgia.

(**) The floor pillow that Earn’s therapist gave him would have come in really handy here, no?

After discovering that the only available thing to drink is a 24-pack of Dasani (produced by Atlanta’s own Coca-Cola Company, but bottled elsewhere), Earn inevitably throws a hissy fit and accepts that he has no choice but to turn inward and figure out the words the guard wants to hear. They turn out to be, “Let me experience D’Angelo,” but instead he experiences something else. After his second journey in three episodes through a dark tunnel that leads to a modestly-decorated room, Earn finds not the man he’s looking for, but a stand-in who is enjoying a sandwich. “You asked to experience D’Angelo!” the stand-in explains. “In this moment, for you, we are D’Angelo.” Though “D’Angelo” somehow is able to describe the drowning nightmare from the beginning of the Season Three premiere, Earn rightly takes everything this man tells him to be pretentious nonsense, and is on his way back to work, empty-handed.

The whole thing is odd and very light, with a wry punchline where the fake D’Angelo admits he could use money to pay for this elaborate and seeming pointless operation. But it works not just comedically, but as an effective thematic B-side to what Al is dealing with elsewhere. D’Angelo rocketed to success in the Nineties, then went 14 years between releasing albums, in part to deal with struggles in his personal life, in part because of his discomfort with so much of the apparatus of being a celebrity. He’s not quite the cautionary tale that Al is warned about — among other things, D’Angelo didn’t like being a sex symbol — but he’s yet another example of how fickle fame can be for any artist, ones of color especially.

The two stories intersect on Grammy night, when Al, Earn, and Darius (in his only appearance of the episode) watch the awards telecast at a bar and are weirded out by the whole Yodel Kid experience. We don’t know what happened to Earn when he went back to the office without D’Angelo, but he seems to be doing fine, and has business meetings scheduled the following morning. Before he heads back to his hotel, Earn reminds his cousin that in this business, “It’s not about what feels good. It’s about what survives.”

Will Paper Boi’s music survive? I imagine the narrative of this series will end long before we find this out. Will thoughts of Atlanta survive? That legacy is almost certainly assured already, but it won’t hurt if the remaining seven episodes are as confident and funny as these first three have been.