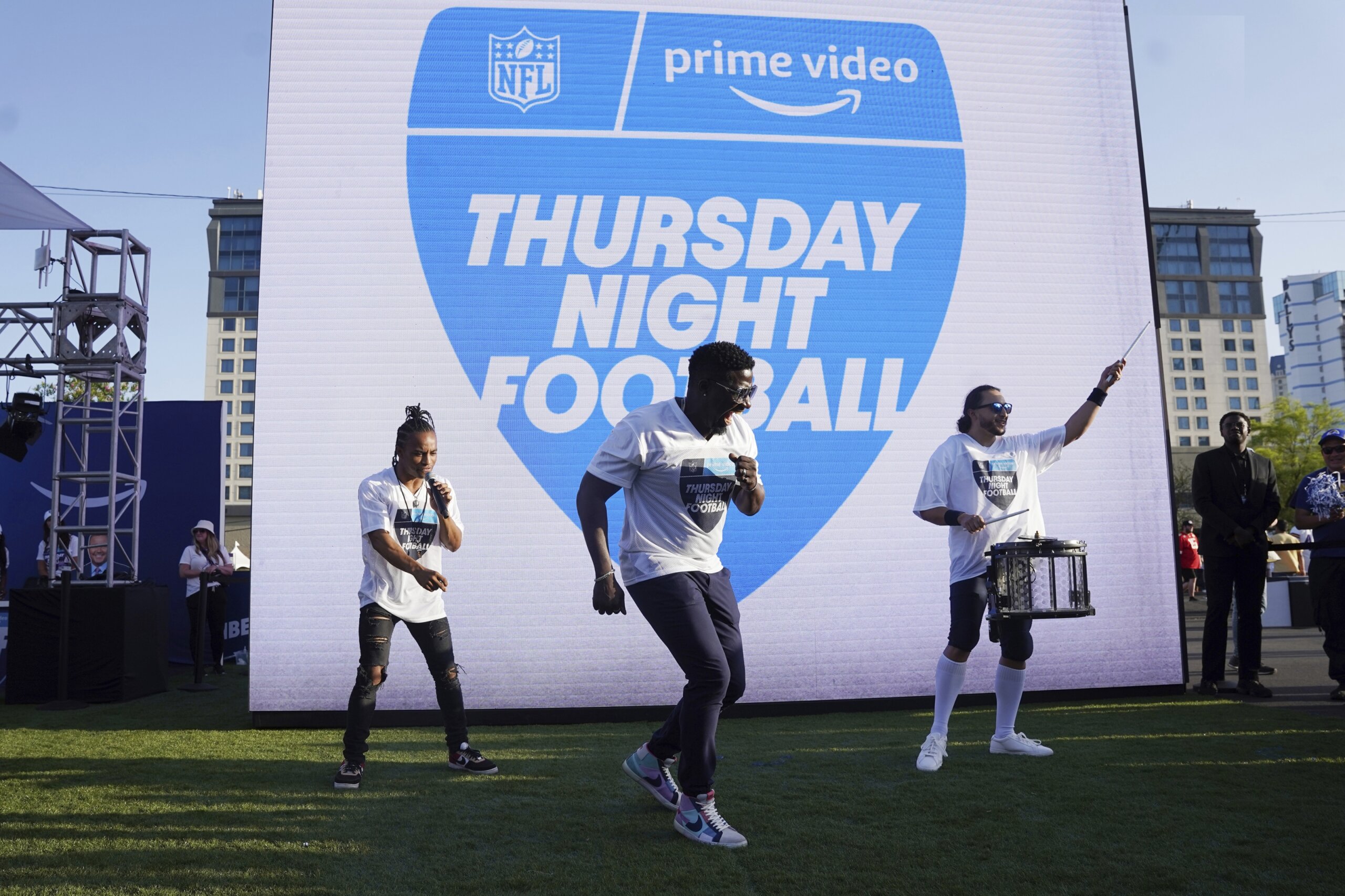 Prime Video vice president Jay Marine said in a note to staff earlier this week that “our measurement shows that the audience numbers exceeded all of our expectations for viewership.”

The game averaged 13.0 million using only Nielsen’s ratings. That is a 47% increase from last year’s Week 2 game between Washington and the New York Giants, which averaged 8.84 million on NFL Network.

It was also the most-watched program across broadcast or cable, with CBS’ “Young Sheldon” coming in second at 3.5 million.

Amazon has told advertisers it is estimating an average audience of 12.6 million viewers for the season based on Nielsen numbers. The additional numbers from Amazon’s tracking comes from the company’s ability to measure viewing across connected TVs, their apps and who might be watching a separate feed on Twitch.

Amazon signed a three-year agreement with Nielsen last month to track ratings. It is the first time Nielsen is tracking and include ratings from a streaming service.

The game also brought in a record number of subscribers to the company’s Prime service. Marine said signups to Prime during the game outpaced Prime Day, Cyber Monday and Black Friday.

This is the first season of an 11-year agreement for Prime Video to air 15 Thursday night games.