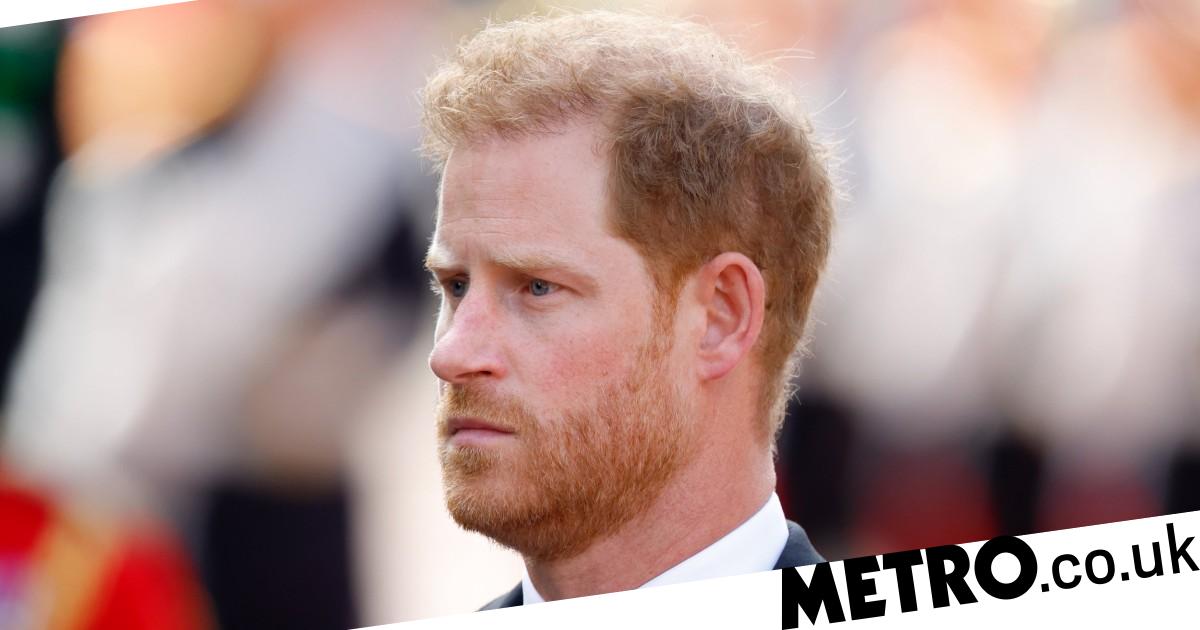 Prince Harry was only told of the Queen’s death five minutes before the official announcement, it has been reported.

The Duke of Sussex is said to have received a call from his father King Charles while on a flight rushing to join other members of the Royal Family at Her Majesty’s bedside at Balmoral.

By the time he touched down in Scotland, the news that his grandmother had died was already public, The Telegraph reports.

The delay is believed to be due to difficulties contacting him, with a royal source telling the newspaper Harry was not treated and differently to other royals, adding: ‘The King was adamant that the official statement must not be released until all members of the family had been informed.

‘That was a father talking because he cares.’

But it also says the sequence of events in the hours after the Queen’s death reveals the extent of the gulf between the duke and the Royal Family.

Family members are reportedly believed to have been informed of the deterioration in Her Majesty’s health the previous evening.

By the following morning, the Queen’s helicopter was scrambled for the then Prince Charles to hurry up to Balmoral.

The Telegraph reports that he called both of his sons to break the tragic news that their beloved grandmother was unlikely to survive and urge them to drop everything and get to Scotland.

It states that Harry got that call some time after the Prince of Wales, leading to difficulties in securing a flight.

By the time he finally took off at 5.35pm, Prime Minister Liz Truss had already known about the Queen’s death for an hour, the report adds.

Buckingham Palace released a statement announcing Her Majesty’s death at 6.30pm , shortly before Harry’s plane landed in Aberdeen at 6.46pm.

The newspaper says the statement was delayed until the King could contact him on board the flight.

It comes after the Duke and Duchess of Sussex were reportedly ‘uninvited’ to a state reception on the eve of the Queen’s State Funeral.

Harry and Meghan are believed to have initially been included on the list of invites, only for Palace officials to later clarify the occasion was for working royals only.