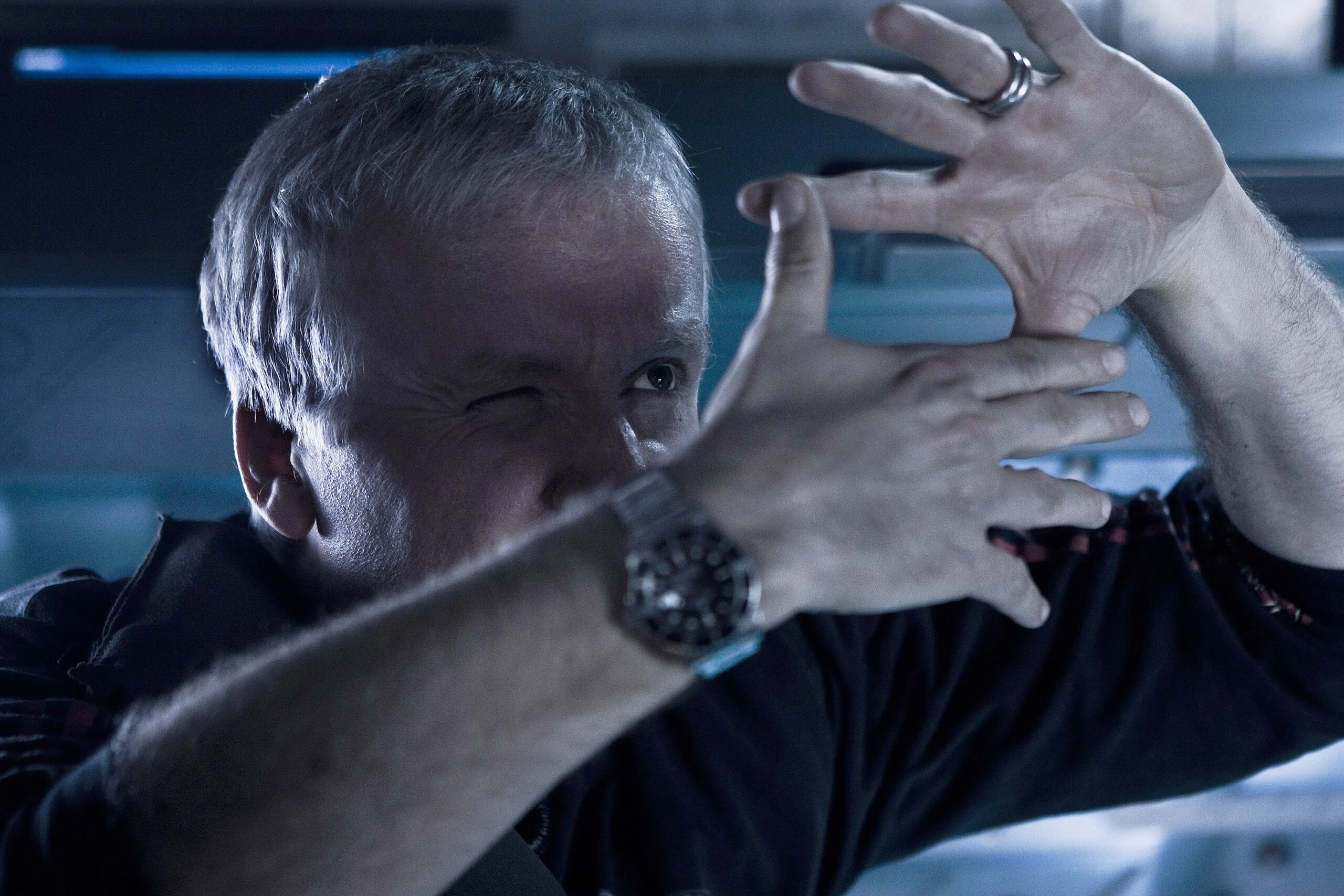 NEW YORK (AP) — Thirteen years after James Cameron plunged moviegoers into the cosmic world of “Avatar,” the lush, distant moon of Pandora is finally orbiting back into view.

Cameron’s “Avatar” industrial complex has been whirling in high gear for some time; production on the upcoming sequel, “Avatar: The Way of Water,” began back in 2017. But after shuffling through half a decade’s worth of release dates, Cameron’s science-fiction epic is poised to again blanket movie screens and transport willing travelers back, in 3-D, to the land of the Na’vi.

For even the visionary filmmaker of “Titanic” and “The Terminator,” the relaunch of “Avatar” is, as Cameron said in a recent interview from Wellington, New Zealand, “a big bet.” A third “Avatar” is already in post-production, and production has begun on a fourth. The record-breaking $2.8 billion in box office that “Avatar” grossed made the coming “Avatar” armada a far-from-risky wager. But a lot has changed since the original’s release, when Netflix was still renting DVDs by mail and Cameron was working for 20th Century Fox.

To whet moviegoers’ appetites ahead of the Dec. 16 debut of the three-hour “Avatar: The Way of Water” — and remind them of a movie world they may have lost touch with — the Walt Disney Co. on Friday will rerelease “Avatar” in a remastered, 4K, HDR version that he says is “better than it’s ever looked.”

It’s an opening salvo in Cameron’s ambitious plan to sketch a yet-grander sci-fi saga, and to again conjure a cinematic experience, as he says, “that you simply cannot have in the home.” Taking a break from all the “Avatar” juggling, Cameron talked re-watching the original, his expectation for “The Way of Water” and why he nearly quit the “Avatar” business.

Remarks have been edited for clarity and brevity.

AP: Does “Avatar” seem like a long time ago to you?

CAMERON: It feels like yesterday at times and then obviously it feels like more than a decade other times. The time has passed quickly. I’ve been doing all sorts of interesting things. Deep ocean research. Building submersibles. Writing four epic movies. Now finishing up “Avatar 2” and we’re mid-process in post on “Avatar 3.” So “Avatar” has never been far from my mind. I constantly go back to it, obviously in the remaster process making it better than it’s ever looked before. I’m kind of just living on Pandora right now.

AP: When you went back to watch “Avatar,” how did it look to you?

CAMERON: I see a lot of good work by a lot of good people in terms of the production design, the visual effects, the groundbreaking strides that were made at that time in capturing the performances of the actors, and the great work of the actors. It was tough to live up to. We had set the bar very high for ourselves back then and we had to live up to that bar this time with the new films. I remind our VFX team all the time: “Look at the bugs in the forest in the first movie. We had better bugs!”

AP: Moviegoing rebounded this summer but there’s been a late-summer lull that the “Avatar” re-release may help jumpstart. How do you see the health of theatrical right now?

CAMERON: It’s shown resiliency that I don’t think we expected. The pandemic, quite rightly, scared everybody. There was a period of time where you were basically risking your life to go to the movies. People did it anyway. Now, we feel like we’re past the hump or at least it’s a manageable problem. We’re seeing a resurgence back in cinemas. It’s not where we were before. Streaming has taken a bite. The pandemic has taken a bite. We’re probably down 20, 25% from where we were pre-pandemic. I think it’s going to be a very long tail on this thing before we’re back to where we were before. It’s incumbent on us to double down on showmanship.

AP: Over the years, some have argued that “Avatar,” despite its stature as the highest grossing film of all time, hasn’t stuck in the culture the way you’d expect. Do those arguments irk you?

CAMERON: I think it’s true for a specific reason, which is that we didn’t immediately follow it up with another film in two or three years, and another film in two or three years. We didn’t play the Marvel game. We’re playing a longer game here. “Avatar” isn’t going anywhere, it just didn’t follow up with a continuous barrage to keep it in the public eye and the public consciousness, which is what you have to do. Taking a lesson from that, we basically architected four sequels so that if “Avatar 2” is successful, we can follow it up with a regular cadence — two years, maybe three years at the most between “3” and “4.” It will be in the public consciousness more and more regularly, but only if people embrace “Avatar 2.”

AP: Your films have grossed more than $6 billion. I imagine you’re not a filmmaker who gets nervous before opening a movie.

CAMERON: You bet I do. Anyone who says they don’t get nervous before a movie drops is a lying son of a (expletive).

AP: And there is an awful lot riding on “The Way of Water.”

CAMERON: Yeah, it’s a big play. It’s a big bet. And we won’t know where we are until the second or third weekend. The success of the first film — we had a pretty good opening at $75 million. But openings are dwarfing that by factors of two or even three these days. Even if we have a stellar opening, we won’t really know where we are for a couple weeks because it was the return visits on the first one. It was people wanting to go share. If we get that again, we’ll probably be on solid ground.

AP: I think the odds are in your favor.

CAMERON: Nobody knows. The market has changed. Twenty-five percent could be our entire margin. It’s one thing to make a lot of money, it’s another thing to actually make a profit. We’re not going to keep making movies that lose money even though they look good and make a ton of money. This is a wait-and-see, let’s-put-it-out-there-and-see-if-people-embrace-it kind of situation.

AP: “Avatar” was especially rich in an ecological subtext. In the 13 years since, much has only gone worse for the climate and the health of the planet. How much was that on your mind making the sequels?

CAMERON: Very much so, even to the extent that I very strongly debated with myself and discussed with my wife whether I should stop filmmaking and work on the sustainability issues. But we managed to be able to do that in parallel with the filmmaking process. We’re doing all of our sustainability efforts — I don’t want to say as a side hustle, but in parallel. I put as much effort into that as I do the filmmaking.

That said, the new “Avatar” films aren’t any more like a lecture on climate or environmentalism than the first one was. The first one was an adventure. It captured you at the level of character, at a level of storytelling. I think subtext is a useful way of looking at it. It’s there but it’s not what’s driving the story. And we kept that in mind with the new films. Yes, “Avatar: The Way of Water” is about the oceans and our relationship with the oceans and the animals that live in it. But it’s driven by character.

AP: “Avatar: The Way of Water” will bring back 3D and feature high-frame rate footage, both of which moviegoers have mixed opinions on. What do you think has been the biggest technological leap in the last 13 years?

CAMERON: In terms of the presentation, we’re authoring in high-dynamic range, which I think is very important. Projection out there in the field is brighter now than it was a decade ago, which is much better for 3D. We’re judiciously using high-frame rates in the process of authoring our 3D because people become more sensitive to rapid lateral motion. Your mind is more sensitive, so we solved that by judiciously applying high-frame rate here and there throughout the film. That’s all at the service of making it a better viewing experience.

I don’t think anybody should go see a movie because it’s authored a certain way. That’s just part of our showmanship. I think the reasons to see this film are the same reasons to see the first one. You enter a world. You become fully immersed in it. You feel like it surrounds you and you become an inhabitant there, and you get to linger there. You go on that journey. Of course, in the new film, it’s a bit longer because we have more characters and more story to service. I think people are very story-driven. When they get a set of characters they like and they get involved in their problems, they’ll follow it for scores of hours across multiple years of limited series. I’m not worried about that part of it.