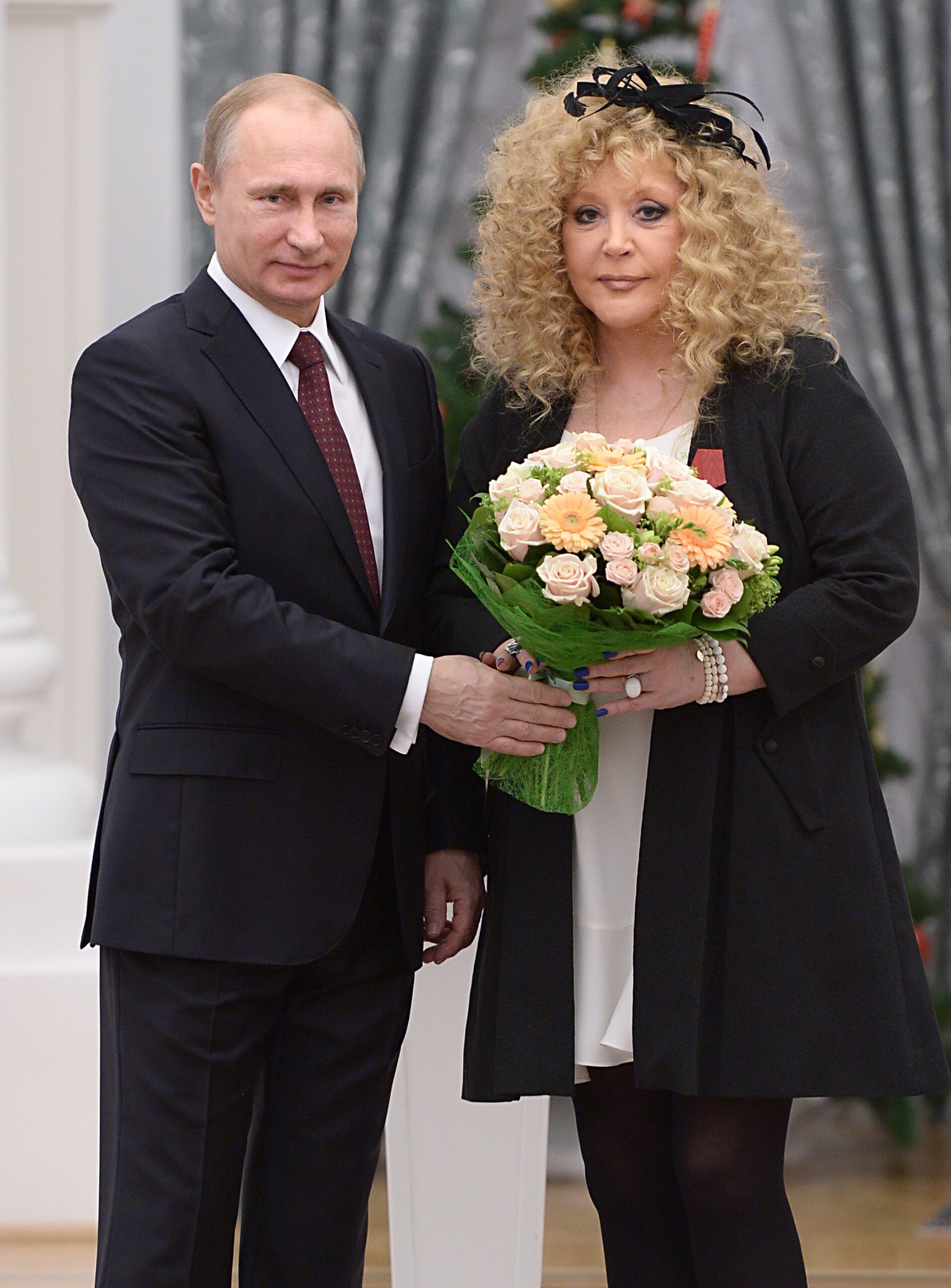 A Russian mega-pop star’s criticism of President Vladimir Putin’s war in Ukraine has set off intense reactions on social media,…

At the risk of being branded a traitor, Alla Pugacheva used her famous voice over the weekend to question the seven-month war, becoming the most prominent Russian celebrity to do so. Pugacheva’s post described the homeland that gave her its highest civilian honors as “a pariah” and said Russian soldiers were dying for “illusory goals.”

It was a watershed moment, one that knocked a hole in the Kremlin’s vigorously defended narrative about the reasons and goals of its Feb. 24 invasion of neighboring Ukraine, threatening to undo months of carefully crafted war propaganda.

The singer, who has been arguably Russia’s most popular performer for decades, shared her thoughts as Putin faces mounting pressure both militarily – Ukrainian forces are recapturing strategic areas from Russian troops – and diplomatically, with even key allies voicing concerns over the global fallout from the war.

At age 73, Pugacheva is as widely admired as when she burst onto Russia’s pop scene nearly a half-century ago. Older Russians who grew up listening to her music form Putin’s core base, remaining largely silent about the war.

The turning point for the singer apparently was the Russian Justice Ministry’s designation of Pugacheva’s husband, comedian and TV presenter Maxim Galkin, as a foreign agent Saturday for allegedly conducting political activities on behalf of Ukraine and receiving Ukrainian funding. Galkin had previously criticized the war.

In an Instagram post Sunday, Pugacheva told her 3.5 million followers and others who saw her comments elsewhere that she also wanted to be added to Russia’s foreign agents’ register, in solidarity with her husband, whom she called a “true and incorruptible patriot” who wants “the end of the deaths of our boys for illusory goals that make our country a pariah and weigh heavily on the lives of its citizens.”

While Russian public figures such as politicians, singers, actors and writers have spoken out against Russia’s invasion of Ukraine despite the Kremlin’s attempt to stifle dissent, Pugacheva is the biggest name so far to do so.

Her Instagram post was a major snub of a Kremlin and its predecessors that named Pugacheva as a People’s Artist of the USSR, awarded her the State Prize of the Russian Federation and decorated her as a Chevalier of the Order “for merit to the fatherland.” She was regularly featured and feted on state-run TV, for several generations of audiences, especially for nostalgic fans.

The Kremlin’s chief spokesman declined to comment Monday but Meduza, a Latvia-based Russian-language news site that Russia also has declared a foreign agent, published a roundup of reactions that included at least one official voice.

The deputy chairman of Russia’s State Duma, Pyotr Tolstoy, said Pugacheva “has lost touch with reality so much and is in solidarity with those who today wish Russia’s defeat.”

“She will no longer find support among decent Russian people,” predicted Tolstoy, a close Putin ally. He added, “We will win without her songs.”

Valery Fadeyev, the head of the Russian president’s Human Rights Council, accused Pugacheva of insincerely citing humanitarian concerns to justify her criticism of the nearly 7-month-old conflict. He predicted that popular artists like her would enjoy less public influence after the war.

“The reaction of sympathy and direct support shows in which direction public opinion will move,” Meduza quoted him as saying.

Veronika Belotserkovskaya, a Russian-language cookbook author and popular blogger who lives in France and has also questioned the war, thinks the singer’s criticism wasn’t meant for the masses but instead was “written for power.”

“This is a public slap in the face. … Everyone heard her. She speaks their language, destroying their narrative,” she said.

It’s not clear what legal repercussions Pugacheva might face. Putin on March 4 signed legislation allowing for jail terms of up to 15 years for posting allegedly false information about the military.

If the Russian government grants her wish to declare her a foreign agent, the singer would have to include the label prominently on her social media content and be subject to other financial and bureaucratic requirements.

Follow AP’s coverage of the war in Ukraine at