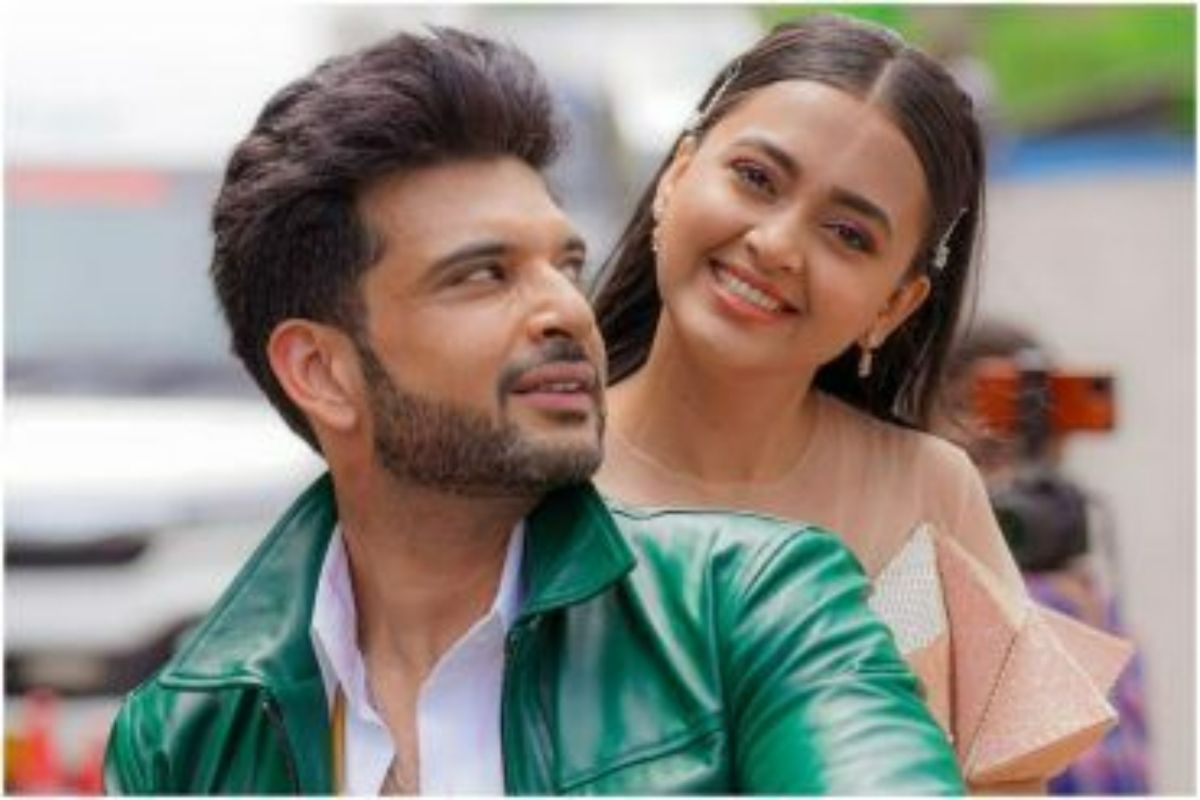 Mumbai: TV’s hot couple Tejasswi Prakash and Karan Kundrra never miss a chance to spread love all over the internet with their mushy posts and sizzling chemistry on screen. TejRan started their romance in the Bigg Boss 15 house and they went on to become one of the most trending couples. They are mostly spotted together at the sets, parties, and dinner dates. Fans have been wondering when are Tejasswi and Karan getting married. However, in a recent interview, Tejasswi made a surprising revelation where she revealed that she no longer wants to be spotted with her beau Karan Kundrra. Well, TejRan fans are surprised but we must say there is a major reason.Also Read – Karan Kundrra – Tejasswi Prakash Reveal Details on Their Marriage, TejRan Fans Get Excited After Watching Viral Video, Check

Tejesswi Prakash is scared About Something

It is because Tejasswi Prakash feels that both her and Karan Kundrra’s personal life might get affected as they are doing so well in their professional life. People should know them professionally for their work, and not because of their relationship. As Tejasswi said, she is scared of too much of love, she wants to be seen less with Karan, especially in the spotted videos clicked by paps. Tejasswi said, “There’s a lot of love that we’ve received, and there are so many blessings coming. But at the same time, I have this concern that I don’t want this relationship to ever overpower or overshadow the fact that both me and Karan are good at what we do. We’re both good at the art and we’re both capable of performing. We have been doing individual projects, and we’ve been trying to do great at it because we’re strong, both individually and then as a couple. So, nothing is bad but I’m just a bit scared. I just want us to be loved, also for the work that we individually do.” Also Read – Naagin 6, September 18, Written Episode: Sheshnaagin’s Daughter Reaches Naagmahal, Prathna Meets Tara

Yesterday, Tejasswi spoke on a question related to her marriage with Karan Kundrra. A TejRan fan wanted to know when are they getting marrying. To this, the Swaragini actress gave an epic reply. Tejasswi said, “We both are working right now. Whether the wedding is on the cards, or not, I’m as usual going to put it all on Karan and be like, ‘Please, contact Karan about this’. I mean I don’t know, I don’t see a ring, do you? So, let’s ask him.” Also Read – Naagin 6, September 17, Written Episode: Sheshnaagin And Her Daughter Save a Girl, Prathna Kills Nevla