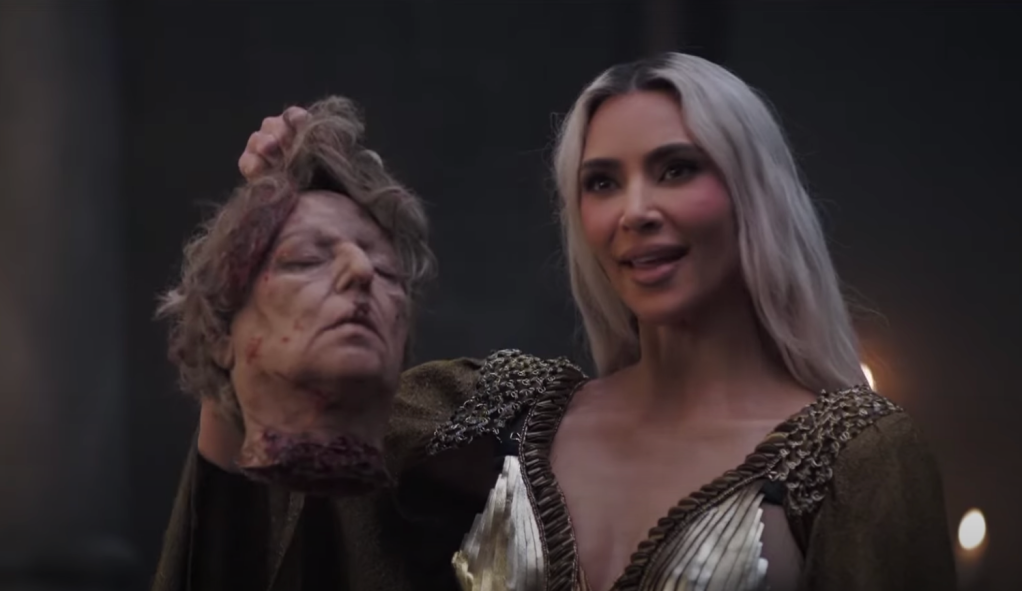 The Kardashians and the Targaryens are two of television’s most powerful families, so it makes sense that Kim Kardashian and her clan would take over Westeros. In a new sketch on The Late Late Show, Kim, Kris Jenner, and Kylie Jenner joined host James Corden in a riff on HBO’s House of the Dragon.

In the clip, Corden plays King Keith Targashian of Westeros while Kim plays his younger sister, who wants the iron throne for herself. Kris plays their mother, the “Momager of Dragons,” who just wants her children to get along. Kylie shows up at the end to steal the throne, proclaiming, “There’s only one king in this kingdom and it’s King Kylie, bitches.”

The second season of The Kardashians, the family’s follow-up to Keeping Up with the Kardashians, premieres today on Hulu. Based on the trailer, the episodes feature plenty of drama, as well as Kourtney Kardashian and Travis Barker’s whirlwind romance and marriage.

Kim appeared on The Late Late Show last week to discuss the new season, as well as being newly single after her breakup with Pete Davidson earlier this summer. During the interview, the reality show star told Corden that she is not currently looking to date because she just wants “to chill for a minute.” But when she is ready, Kardashian has a plan that will avoid anyone in the entertainment industry.

“I feel like I have to do something, like go to different places,” she replied when Corden asked where Kim Kardashian meets people. “Clearly it’s not working, whatever I’m doing. So, I don’t know. Maybe, like, a hospital and meet a doctor. A law firm. I think it’s going to be, like, scientists. Neuroscientist. Biochemist. Doctor. Attorney. That’s maybe what I envision in the future.”

Earlier this month, Kim addressed her scattered approach to dealing with the climate crisis. She has been called out recently for excessive water use during the California drought and for using a private plane.

“I do what I can,” she shared in a recent American Dream-themed conversation with Interview Magazine. “But you have to pick and choose what really works for you in your life.”