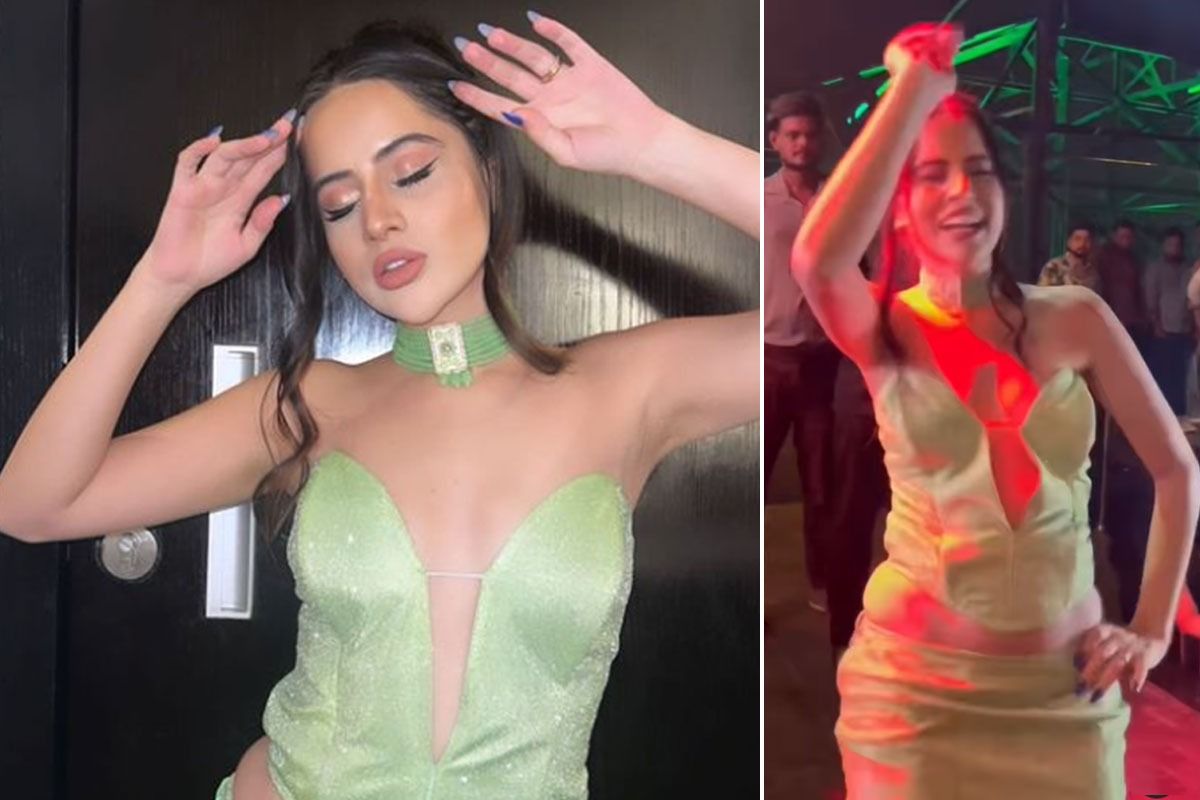 Urfi Javed Viral Dance Video: Internet sensation Uorfi aka Urfi Javed never fails to make waves with her quirky and unusual fashion picks. The actor, who rose to stardom with her stint in Bigg Boss OTT, is known for her bold sense of style. Urfi has grabbed eyeballs for her most recent videos, in which she can be seen dancing in a Pune club in a dazzling green co-ord set. DIY expert Urfi enjoys wearing clothing that makes a statement every time she leaves the house.Also Read – Urfi Javed Takes a Sly Dig at Chahatt Khanna After ED Names Her in Conman Sukesh Chandrasekhar Case

In the viral video, Urfi Javed can be seen grooving to some tracks in a club. She wore a striking green-coloured corset-inspired strapless top with a sexy plunging neckline and paired it with a matching mini skirt. Urfi finished her look with a traditional green-coloured choker and a messy bun with strands falling on her face. The Bigg Boss OTT fame wore beige-coloured platform heels. To give a quirky appearance, she opted for blue nail paint. Also Read – Urfi Javed Flaunts Purple Thongs And Matching Bralette on Movie Outing, Asks Paps ‘Washroom Tak Aoge Mere Piche…’ – Watch Viral Video

Urfi Javed also strikes poses with fans as they shouted, “We love you Uorfi.” She interacted with them and clicked selfies. Her fans showered her immense love and admiration in the viral videos. Urfi is a self-proclaimed fashionista. She is well-known for having a bold sense of dressing up.

The videos went viral in no time and her fans dropped fire emojis for Urfi on the post. One of the users wrote, “Itti Khushi.” Another user wrote, ” Gazab Confidence.” While others trolled and called her out. One of the users wrote, “She is not a good role model for anyone.” Another user said, “They are the same people who mock her on her social media.”

Urfi Javed has created outfits with wires, ropes, pebbles, glasses, sacks, blades and candy floss among other things. What do you think about her latest look?