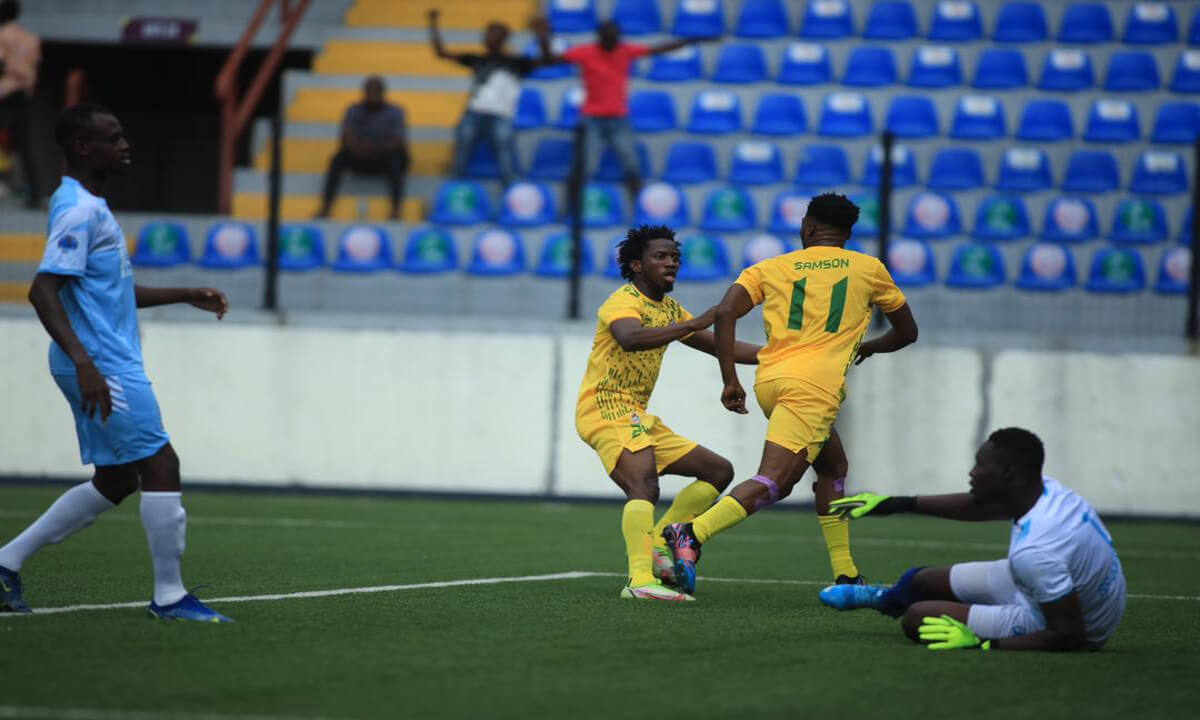 The CAF Confederation Cup match between Kwara United from Nigeria and AS Douanes was marred by controversy with the latter being accused of using juju ( an object venerated superstitiously and used as a fetish in West Africa) to influence the match result.

In the first leg of the CAF Confederation Cup match played last week, AS Douanes succumbed to a drubbing 3-0 from Kwara United. And on Sunday, the hosts had to acquire the services of two herbalists to overturn the first leg result at home in Niamey.

In a video that is making rounds on social media, the two hired herbalists are seen dressed in shemaghs (a scarf-type used to protect the mouth and eyes from blown dust and sand) sprinkling ‘blood’ on Kwara United players right before the kick-off.

The video which sparked noise was shared by Kwara United on Twitter giving a detailed account of what happened outside Stade General Seyni Kountche as they disembark from the bus.

“AS Douanes hired herbalists and poured blood on the Kwara United FC players as they were about to enter the field. The two herbalists, one with a keg of blood and the other with a goat performed the act when the players were coming down from the bus. No single policeman.”

#CAFCC HAPPENING NOW AT NIGER!
AS Douanes hired herbalists poured blood on @KwaraUnitedFC players as they are about entering the field. The 2 herbalists, 1 with keg of blood & the other with goat performed the act when the players are coming down from the bus. NO single policeman pic.twitter.com/jMt8FiEBrz

However, this is not the first time the CAF Confederation has been marred by juju scandal.

Early this year, The CAF Confederation Cup quarter-final fixture between Orlando Pirates and Simba SC witnessed the latter club being accused of using juju against the South African team.

In a video that made rounds on social media, Simba SC players were seen forming a circle at the center of the pitch before the smoke was seen billowing from the spot where the players were gathered.

What did Simba SC do at the Centre circle?

Despite performing the act, Simba SC were however booted out of the CAF Confederation Cup following a 4-3 defeat on penalties.