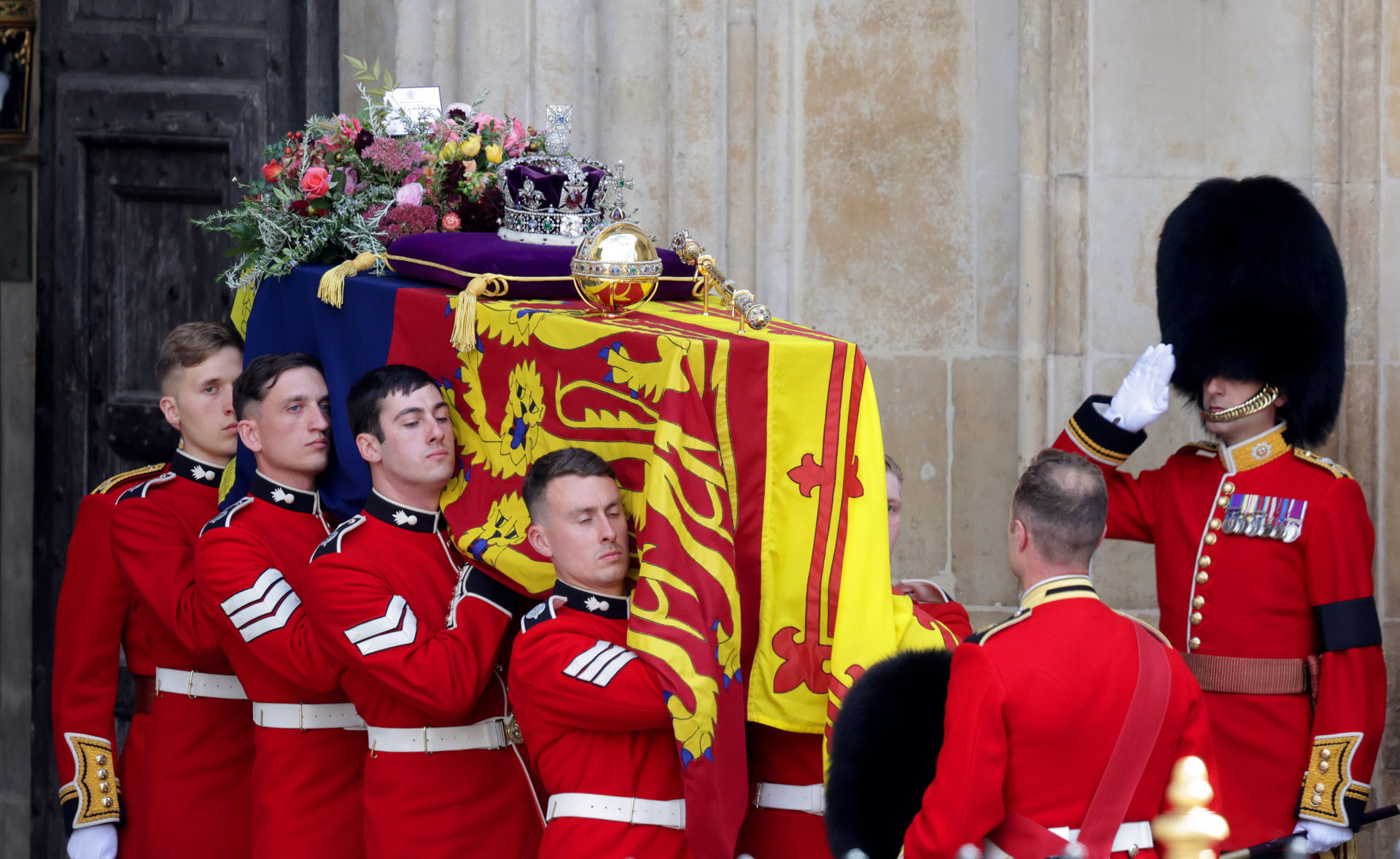 On Monday, September 19, the world mourned the death of the British monarch watching the funeral of Queen Elizabeth II. The Queen’s coffin is wrapped in a red and yellow flag, but what does the flag represent?

The Queen’s funeral took place at Westminster Abbey, before her coffin traveled to Wellington Arch to Windsor where Her Majesty would be buried.

What red and yellow flag is on the Queen’s coffin?

Instead of being wrapped in a Union Jack, as many had assumed, the Queen’s coffin was wrapped in red and yellow. Royal Standard, which represents the sovereign and the United Kingdom. The Royal Standard was established in 1603 after the Union of Crowns.

The Royal Standard is extremely important to the British monarchy as it will never be flown at half-mast (unlike the Union Flag) even after the death of the monarch, as there will always be a sovereign on the throne.

Where will the queen be buried?

The Queen will be buried next to her husband Prince Philip at the George VI Memorial Chapel in St George’s Chapel at Windsor Castle.

Where to watch the Queen’s funeral?

In other news, Wendy Williams is not dead, the star is alive and well in 2022.